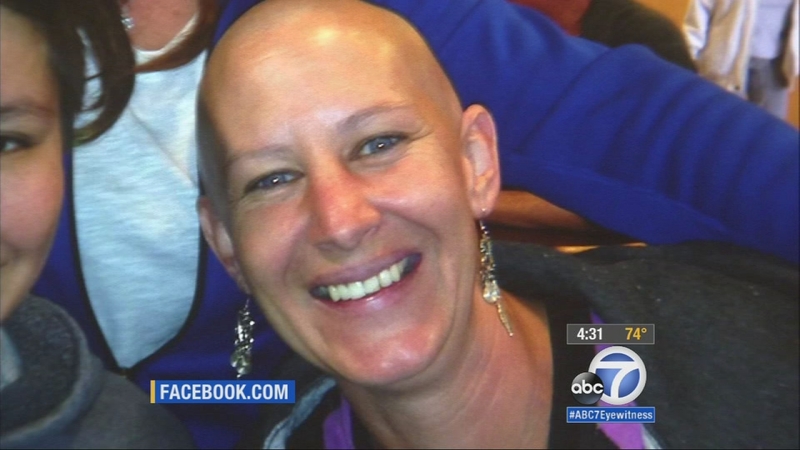 MURRIETA, Calif. (KABC) -- A Riverside County woman has been charged for allegedly scamming dozens of Facebook friends with a fake cancer diagnosis.

Cristina Lagman, 39, posted her story on her Facebook page, saying she was dying of terminal cancer and was facing financial hardship.

But Murrieta police call her story a fraud. Valerie Cortes of Murrieta and her fiance say they were duped; they contributed time and money to Lagman.

"Gift cards for dinners and movies and spa treatments to make the last of her days more comfortable and happier," Cortes said.

They helped organize a fundraiser at a local comedy club in Murrieta.

"Cristina was happy, frolicking around, drinking quite a bit, passing donation bags around, and I thought her behavior was odd since she had said she only had four to six weeks of life left," Cortes said.

During the event, the comedy club owner, Rocky Osborne, said Lagman called on her friends to say nice things about her.

"The strangest thing was, as I looked around, most the people that she knew didn't really even know her. So the people that were here had only known her for 30 to 60 days," Osborne said.

Her story unraveled when Cortes offered to take her to a doctor to confirm her diagnosis because people were questioning Lagman.

"She had no proof. I asked her to show me a prescription bottle, a doctor's visit, paperwork, something," Cortes said.

But according to investigators, Lagman told them she had a laundry list of cancers and had been treated at a number of hospitals including Loma Linda University Medical Center and UCLA Medical Center.

"I am angry with her. I am disgusted by her. She has caused our community to doubt when people say they've got cancer and need help," Cortes said.

Lagman has been charged with theft by false pretenses. Investigators believe she may have taken more than $3,000 in gifts and donations collected on a GoFundMe site. She is expected back in court on Dec. 2.