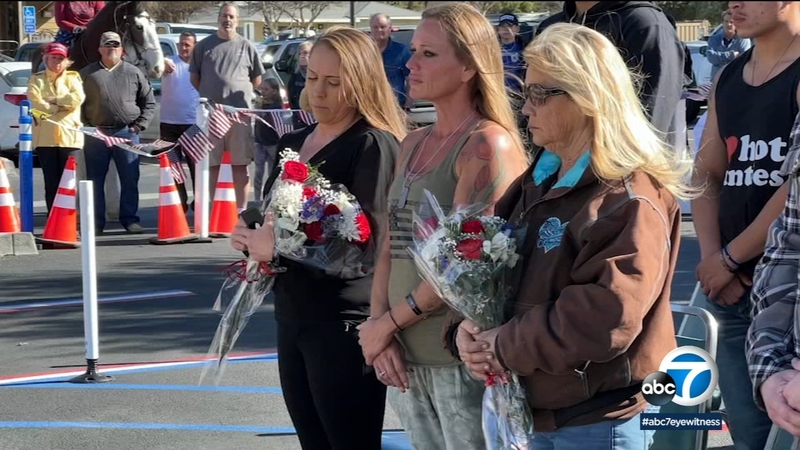 NORCO, Calif. (KABC) -- A new memorial has gone up in Riverside County honoring the "Fallen 13," the U.S. military members killed in the 2021 attack at the Kabul airport in Afghanistan.

A large crowd turned out in the city of Norco for the dedication ceremony over the weekend.

Several Marines who served alongside the fallen were even in attendance.

The attack killed 13 U.S. service members and more than 100 Afghans. It has been attributed to an Afghanistan affiliate of the terrorist organization Islamic State.

The memorial garden is located on private property in the Norco Country Shopping Center. It bears the names of all 13 service members including Marine Lance Cpl. Kareem Nikoui, who was from Norco.

Marines from Norco, Rancho Cucamonga and the Coachella Valley were among the fatalities in a suicide bombing at the Kabul airport.

The memorial was made possible through the work of volunteers, donations, and private funding.