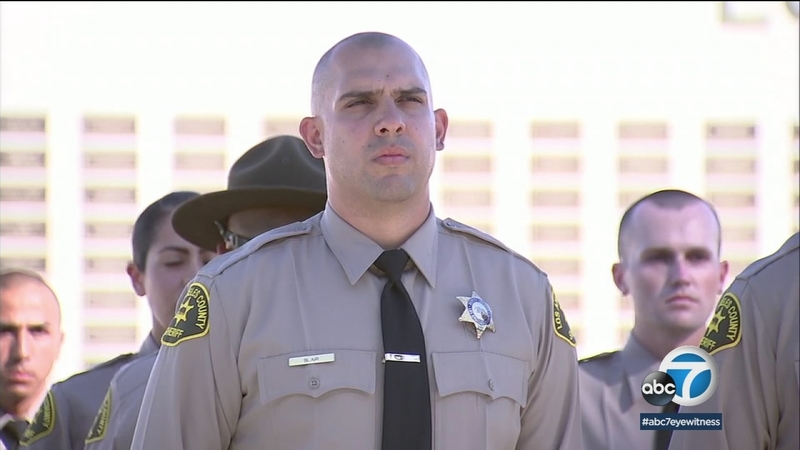 LOS ANGELES (KABC) -- Twenty-three years after his father was killed in the line of duty, Joseph Blair is a deputy himself - and he became one right in front of the wall that commemorates his fallen father.

The graduates of Class 429 are men and women who will soon serve the people of Los Angeles County.

Among them is Deputy Joseph Blair, who wears the same badge number as his father.

"He's on my mind every day. Even before the academy. And today I get to wear the same badge number. It means a lot to me," said Blair.

In 1995, Deputy Stephen Wayne Blair was killed on the job by a gang member.

He doesn't remember much from that time, but knew from a young age he would become a sheriff's deputy and keep his memory alive.

"I do have a picture of him in my room, I see it every day and it reminds me to keep working hard in his name," said Blair.

#HappeningNow: The son of a fallen @LASDHQ deputy becomes a deputy himself, 20+ years after his father was killed in the line of duty.

Joseph Blair’s fathers’s name is on a wall that commemorates fallen officers, in the space where the ceremony is being held @ABC7 #thinblueline pic.twitter.com/Nuu6ohn4WN