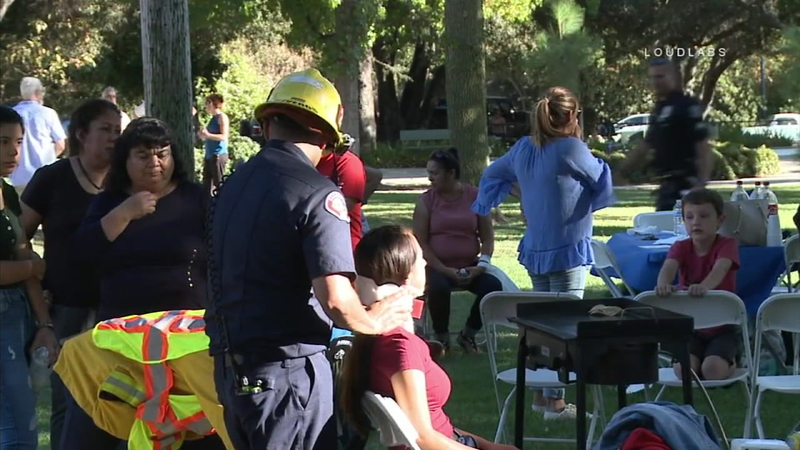 GLENDALE, Calif. (KABC) -- A falling tree limb injured several people at a birthday party in a Glendale park on Sunday, leaving one girl with a broken collarbone.

A group of teenagers sitting under a tree in Glenoaks Park did not have time to run when a 12-foot tree limb fell 30 feet, bringing down other smaller tree limbs with it.

Two teens between the ages of 14 to 16 went to the hospital. Officer said they were not seriously hurt.

The girl with a broken collarbone was placed on a stretcher and onto an ambulance.

"We just heard a crack, and it fell all at once," party attendee Jose Aleman said.

While party attendees were breaking a piñata to celebrate a five-year-old's birthday, the huge limb behind them came crashing down.

Glendale's public works department went to the scene to take the fallen tree limbs with them.