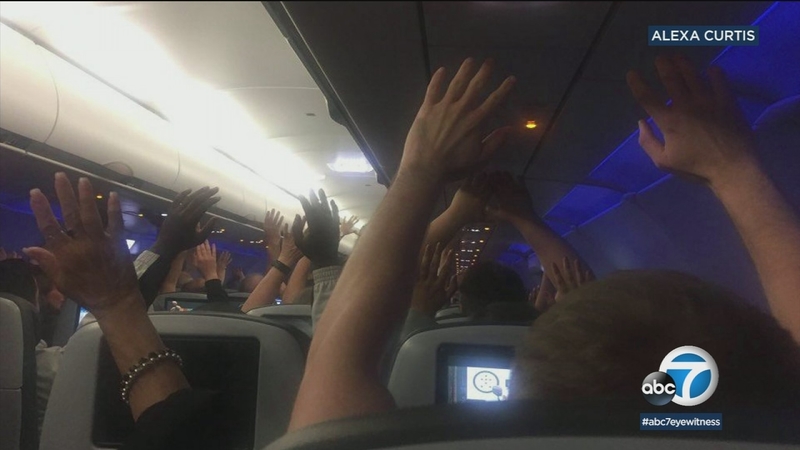 Port Authority police surrounded the JetBlue flight around 8 p.m. when it apparently experienced a radio issue that impacted the crew's ability to communicate.

JetBlue confirmed a false alarm was sent to JFK tower during the radio issue which prompted a strong police response. Passengers say heavily armed police boarded the plane to investigate.

"There was a false alarm sent to tower as a result of a radio communications failure. Aircraft was inspected and cleared with no security threat," a Port Authority spokesperson said in a statement.

Video from the runway showed dozens of emergency vehicles surrounding the plane.

#BREAKING New video shows cops entering the #Jetblue plane at #JFK. According to its tail number, appears to be flight 1623 to #LAX, departed gate just before 7:30 but never left ground. #B61623 #abc7ny #PAPD #JFK pic.twitter.com/R7w4sf2XYb

Scared passengers tweeted from inside the aircraft:

Woah. My worst nightmare. @Delta JFK to LAX right now, honestly thought we were going to die. I AM ALIVE THANK GOSH I MEDITATE U GUYS what is going on 😩😩 pic.twitter.com/6RVxy9HC4t

"While communication was reestablished via alternate channels, authorities responded in an abundance of caution. The aircraft was cleared and returned to the gate for inspection," a JetBlue official said in a statement.

After several hours, another plane was able to take the travelers to Los Angeles. They landed at Los Angeles International Airport at 2:30 a.m. Wednesday.

"It was really frightening. I was sitting at the window, and I counted 20 emergency vehicles, red lights, blue lights, it was really scary," said Janice Goldberg of Yorba Linda.