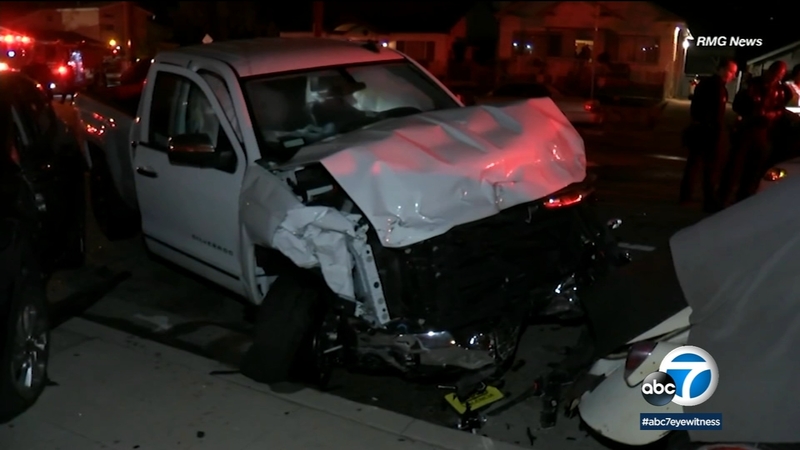 HIGHLAND PARK, LOS ANGELES (KABC) -- On the two year anniversary of a violent hit-and-run crash in Highland Park that left two adult brothers dead, their father continued to call for Los Angeles police to make an arrest in the case.

On May 5, 2019, Jesse Felix Zuniga, 19, and Benigno Felix Zuniga, 25, were in a car on Pascual Avenue when it was struck by the driver of a pickup truck who reached speeds of up to 80 mph, according to authorities. The two brothers died at the scene.

Surveillance video shows the driver getting out of the truck and fleeing on foot. Two of that vehicle's passengers did the same.

In an interview with ABC7 this week, Benigno Felix said he and his wife want justice to be served.

"I want the person who killed my sons to be arrested," the father said in Spanish.

Family and friends gathered Sunday night to remember the victims of a hit-and-run in Highland Park.

"These were their only children," he said.

Perhaps most frustrating for the victims' parents, the identities of the suspects are known to investigators.

"I was able to identify the occupants of the truck," Campos said. "All three occupants denied being in the truck, especially the person that semi-owns the truck."

Campos said that although he presented the case to the Los Angeles County district attorney's office, "unfortunately, there was a hurdle."

A fourth person's DNA was found on the truck. Campos believes it was from a bystander who approached the crash site to help and touched the mangled wreckage.

A driver and a passenger were being sought after a violent hit-and-run that left two adult brothers dead in Highland Park.

The detective is now trying to locate that person, in order to rule them out as a suspect.

Once that happens, Campos said, he can again submit the case against the suspected driver to the DA.

"I haven't stopped investigating this case, and I'm still working hard on it and bring closure to the family," Campos said.