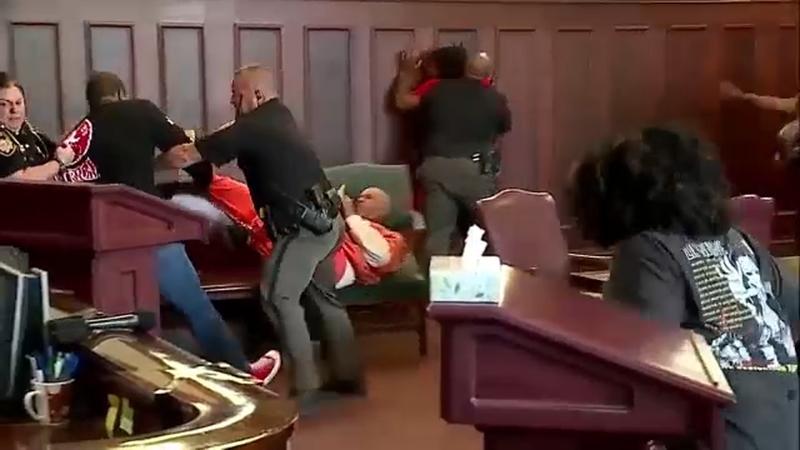 YOUNGSTOWN, Ohio -- There was a wild scene inside a courtroom when the family of a murdered woman tried to attack her killer.

Dale Williams was scheduled to be sentenced in Ohio for the 2017 shooting of his ex-girlfriend, Elizabeth Pledger-Stewart.

Investigators say the 62-year-old confessed that he waited over 45 minutes for Pledger-Stewart to drive by him on her way to work so he could run her off the road and shoot her.

Two family members were supposed to give victim impact statements when they lunged at Williams.

Both family members were subdued, one with a Taser, and arrested.

They're being held in contempt of court with further charges expected.