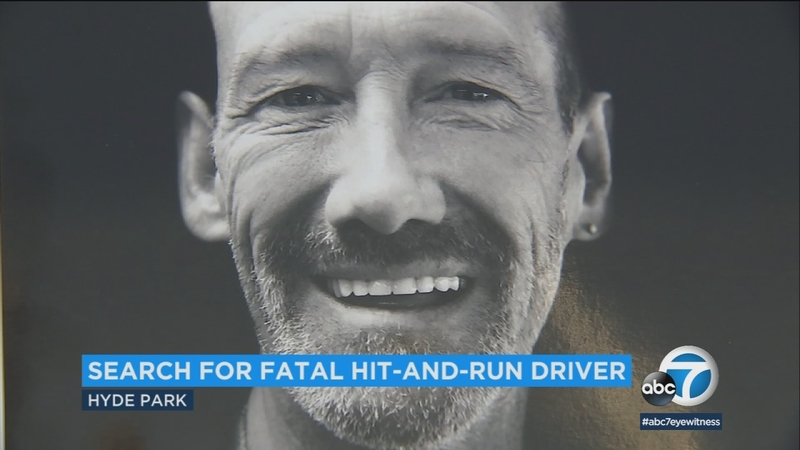 HYDE PARK, LOS ANGELES (KABC) -- A bereaved family is pleading for help finding a hit-and-run driver who struck and killed a 52-year-old chef and restaurateur while he was riding his motorcycle Jan. 15.

Police say Bruno Commereuc was struck by a silver Nissan 350-Z that was turning left at the intersection of Arlington Avenue and 54th Street.

Friends and family of the victim came together Friday pleading for some closure, asking the suspect to come forward

A $50,000 reward is being offered for information that leads to the arrest and conviction of the driver who struck and killed Commereuc as he rode south on Arlington Avenue on his motorcycle. The collision happened around 2:20 p.m.

Commereuc had just left work at Normandy Bakery. His wife described him as a master chef who was a loving person and was passionate about food and about life.

"We all make mistakes. There is no such thing as forgiveness. It's really about love. I think that's what Bruno would say. Everything is about love. Try to find it in your heart to come forward, and let's close the circle, rather than leaving it open-ended and having so many hearts broken," his wife said. "Your heart will heal also when you do the right thing."

Commereuc had opened two restaurants in Los Angeles and had plans to open a third in France.