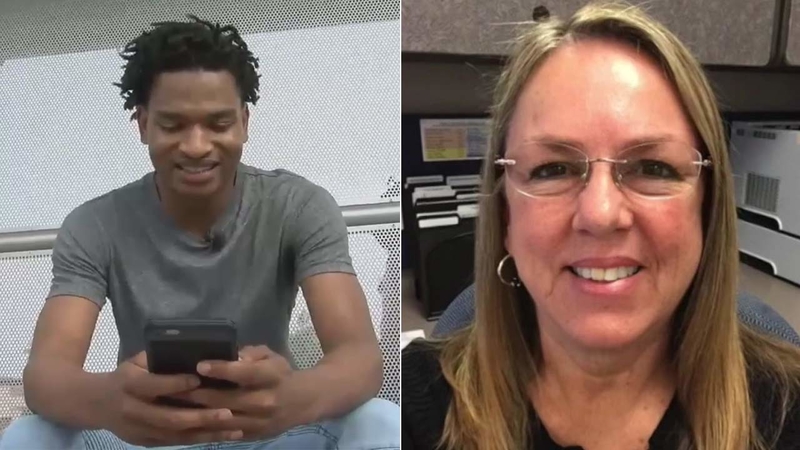 MESA, Ariz. (KABC) -- An Arizona teen received a Thanksgiving invitation from grandma -- except it wasn't his grandma.

Jamal Hinton, 17, says he got a text message inviting him to Thanksgiving dinner at 3 p.m., but he didn't know who it was. The person on the other end claimed to be his grandmother. He asked for a picture to double check who it really was.

The picture came in of a woman with blonde hair and glasses -- not Jamal's grandma.

"[You're] not my grandma," Jamal replied with a laughing emoji. Jamal sent back a selfie to let her know he was not her grandson.

"We established we weren't related, but I said, 'Hey, why not ask for a plate since the offer is there?'" Jamal said.

The woman only known as grandma replied with "Of course -- that's what grandma does -- feed everyone."

Since then, KNXV reports people have gotten in touch with the woman asking her for a plate, too. The woman has since changed her number, but her grandson, Brandon Burgoyne, has kept in touch with Jamal, even giving him her new number. Jamal said the grandma's family told him they'd send him the address and have a plate ready for him.

"I thought, 'Wow, this lady is really nice,'" he said. "Any other person would probably blow me off, and be like, 'No, never text my number again,' but she was actually pretty nice and sweet about it."

He said he knows "there really are still nice people out in the world."