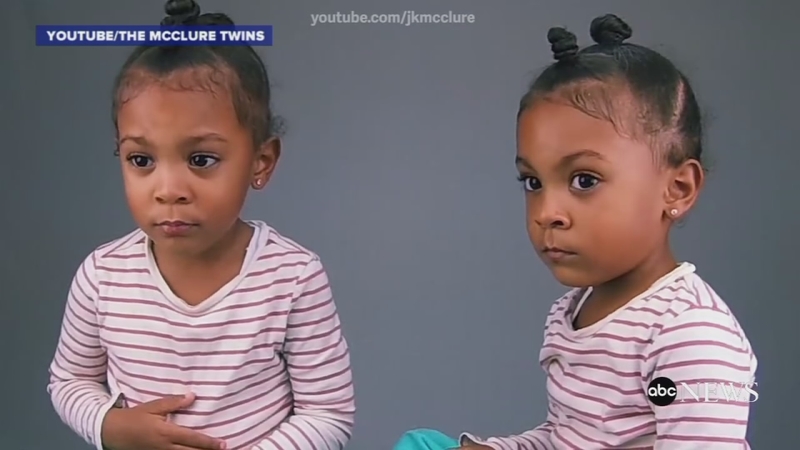 WEST ORANGE, N.J. -- The moment when Alexis McClure realized that her twin sister Ava was one minute older than her has captured the internet's attention -- because it's just so darn cute.

In the video, which has gone viral on social media, Alexis is listening to her mother, Ami, inform her that her sister is older.

"Ava was born one minute older than Alexis; one minute," Ami says in the video.

"But I want to be older," Alexis says with faux tears in her eyes.


"You're one minute younger, you don't have to cry," her mother says, trying to comfort her. Then her big sister also tries to comfort her saying, "I'm just one minute older. That's it!" Then the hugs come and our hearts melt.

"I want to grow," Alexis tearfully pushes out as her mother laughs.

The twin girls' father Justin told ABC News that he and his wife of one year started a YouTube channel for their girls as a way to spread positivity.


"I used to be a comedian and a writer," the West Orange, New Jersey, dad continued. "I don't do that anymore because I laugh way more just being a dad that I ever would just being an adult on my own."

Justin, 42, now spends his time working at a law firm and photographing his daughters.

"We're a modern family that embraces culture," he said, noting that his wife is Nigerian while he hails from North Georgia.

"All along we've tried to be a family that brings joy, especially in this time when there's so much negativity," Justin added.