Prom dresses and Converses on the red carpet? These young stars pulled them off 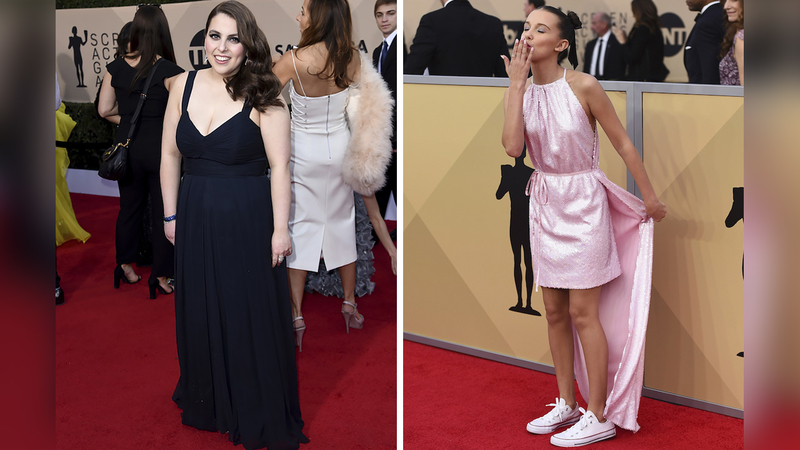 Prom dresses and Converses on the red carpet? Yes they did!

BEVERLY HILLS, Calif. -- You'd never know it by looking at the sea of starlets decked out in couture gowns at the SAG Awards, but there was something different about Beanie Feldstein's dress.

The 24-year-old "Lady Bird" star told The Cut in an interview that she wore her high school prom dress to one of Hollywood's biggest nights.

"I put it on and it fit, surprisingly maybe better than it did in high school!" Feldstein told The Cut's Anna Silman of her black Kay Unger gown, adding that her mom and best friend then told her she had to wear it to the show.

The prom dress was a fitting wardrobe choice, Feldstein said, because of her "Lady Bird" character's arc, which also ends at a prom in the film.

Another red carpet surprise and delight? Millie Bobby Brown of "Stranger Things" ditched her heels, opting instead for a pair of white Converse sneakers to accompany her pink, sequined Calvin Klein dress.

After a Golden Globes red carpet where nearly all stars wore black and a Critics' Choice telecast where many A-listers remained blacked out in solidarity against sexual misconduct, Hollywood added color back into its wardrobe for the SAG Awards.

Big trends for women included blush-colored gowns, any kind of sequin or spangle embellishment and, of course, black Time's Up pins.

PHOTOS: What the stars wore to the SAG Awards 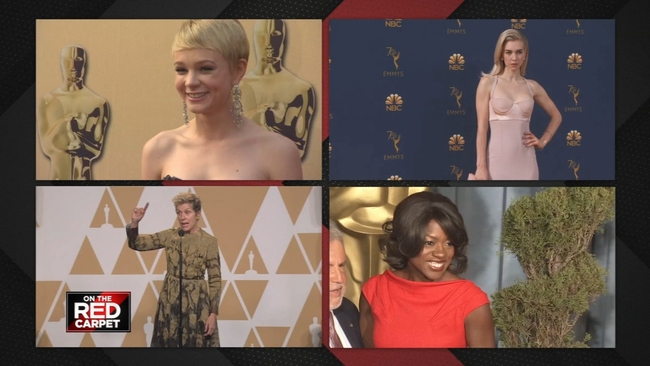 Will Brad Pitt and Jennifer Aniston reunite at the Oscars?