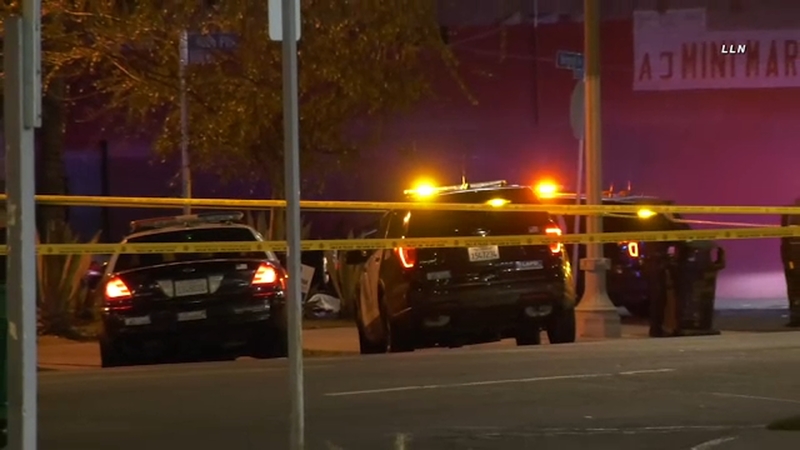 LOS ANGELES (KABC) -- Police shot and killed a man in South Los Angeles Wednesday night after responding to reports about a man with knife assaulting his girlfriend.

The incident was reported around 10:30 p.m. near 40th Street and Vermont Avenue.

At least one officer opened fire. The suspect died at the scene.

The woman was hurt but declined to be taken to a hospital.