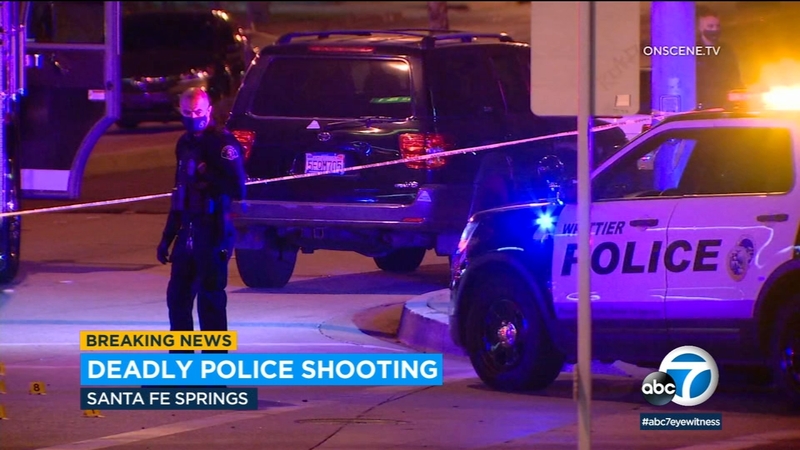 SANTA FE SPRINGS, Calif. (KABC) -- Whittier police shot and killed a man they say stabbed two people in a car and then charged at them with a knife Monday night.

The incident happened just before 6 p.m. near the intersection of Telegraph Road and Norwalk Boulevard in Santa Fe Springs.

Whittier police received a 911 call, and heard screaming in the background.

What they thought was a traffic collision was actually the scene of a fatal stabbing.

Police say a man had stabbed two people while he was traveling in a car with them. Both victims, a man and a woman, were transported to a local hospital.

The woman was pronounced dead at the hospital while the man was listed in critical condition.

Officers who responded to the scene say the suspect then came running toward them with a knife in his hand.

Officers shot the suspect, who later died at the hospital.

His second victim is still fighting for his life.