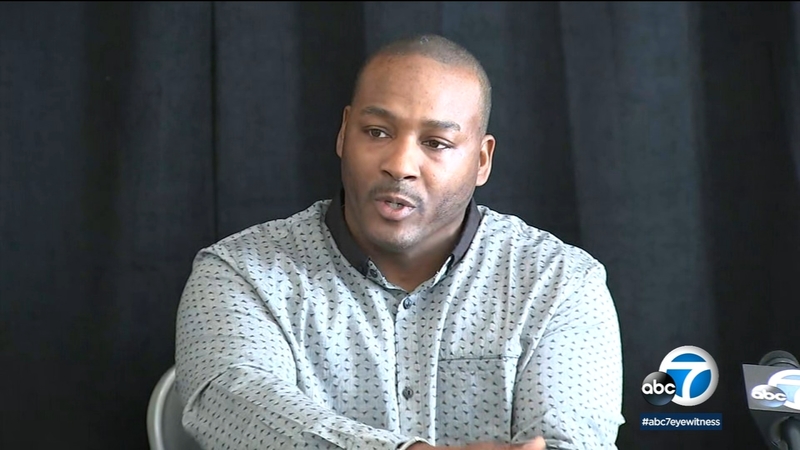 CENTURY CITY, LOS ANGELES (KABC) -- Attorney Michael Avenatti spoke on Friday alongside the father of one of R. Kelly's live-in girlfriends, who recently came out in defense of the singer.

Avenatti held a news conference with Angelo Clary. He's the father of Azriel Clary, who denied allegations that Kelly held her hostage in his home for years.

The father told reporters he never demanded or received money from Kelly, despite his daughter's claims in a CBS interview that he did.

"That man has never in his life gave me or anyone any money or anything that has to do with my daughter or anything else," Angelo said.


He expressed concern for Azriel, saying she's changed since she left with Kelly at the age of 17. She's now 21 years old.

"That's not my daughter... The woman she has become now is, like, robotic," he said.

During the CBS interview, Azriel also claimed her parents encouraged her to take sexual videos with the singer so they can use it to blackmail Kelly. Her father denied those allegations and said the singer has brainwashed his daughter.

Despite Azriel's harsh words, Angelo said he'll never stop fighting to get his daughter back from Kelly, who he called "a monster."

"There's nothing she can say or do in front of this man that will ever stop me from loving my child," Angelo said.

The singer was charged last month with 10 counts of sexual abuse and has been out of jail until this week, when he was taken into custody again. He's now in custody over not paying child support.

"All of the parents for all of these young women over the years, the decades... they are not all lying and R. Kelly is the only one telling the truth," Avenatti said at the press conference.

The publicist for Kelly told ABC sister station WLS-TV that the singer is going to pay the $161,000 he owes in back child support on Friday so that he can be released.

Attorney Gloria Allred held a press conference with yet another alleged victim of singer R. Kelly in Los Angeles on Monday.