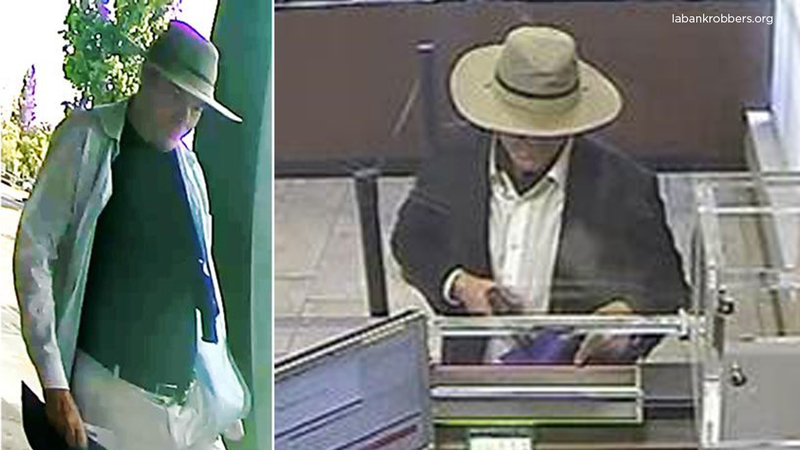 LOS ANGELES (KABC) -- The FBI is asking for the public's help in tracking down a serial bank robber they've named the "Faux Badge Bandit."

The man is wanted for robbing four local banks since May 31 -- two in the same day. The banks were in La Verne, Pasadena, Claremont and Santa Clarita.

During the robberies, the suspect entered the banks carrying a bag and presented a note demanding cash.

Witnesses said he wore a seven-point badge on his hip, along with a shoulder holster.

Tellers said he showed a handgun during the robberies and even threatened to kill their co-workers.

He may impersonate a police officer and could be carrying several weapons, according to investigators.

He is described as a white man between 40 and 50 years old, about 6 feet tall and around 230 pounds.

Anyone who has information about the suspect is urged to contact the FBI or dial 911.