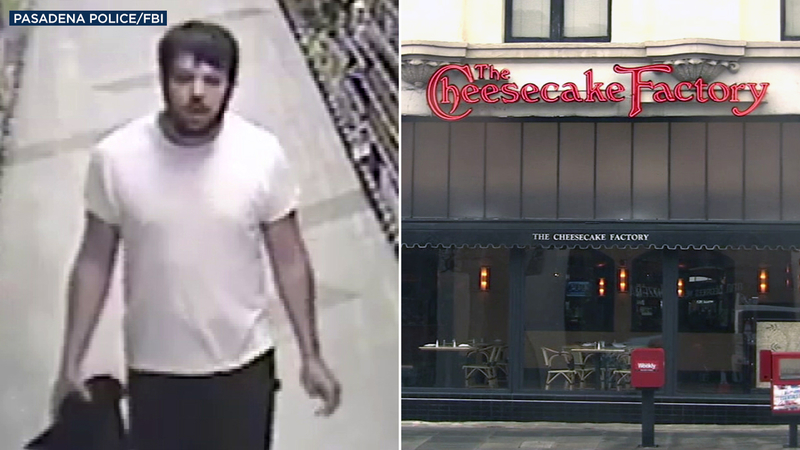 PASADENA, Calif. (KABC) -- The FBI is renewing its call for information about the wanted man suspected of tossing an explosive device into a Cheesecake Factory restaurant in Pasadena in February 2017.

More than one year after the incident, investigators are stepping up their search, utilizing surveillance images and hoping someone on social media will recognize the suspect.

"Luckily it did not function properly and nobody was hurt," said Laura Eimiller, an FBI spokeswoman. "But we would like to identify this individual. We believe he may be interested in doing it again."

Surveillance video shows the suspect walking into a grocery store near the restaurant in Old Town Pasadena where the explosion occurred. In the footage, he later discards a dark piece of clothing into a trash can.

"We're hoping that that targeted geographic audience -- people who otherwise wouldn't look at an FBI website -- might recognize who this individual is," Eimiller said.

The ad will be targeted at Facebook users in the Los Angeles and San Diego areas for 30 days, in hopes that it will appear on the phone or computer screen of someone who knows the suspect.

"The best asset for the FBI -- and any law-enforcement looking for a fugitive -- is the public," Eimiller said. "So the more eyes we can get on something, the better." 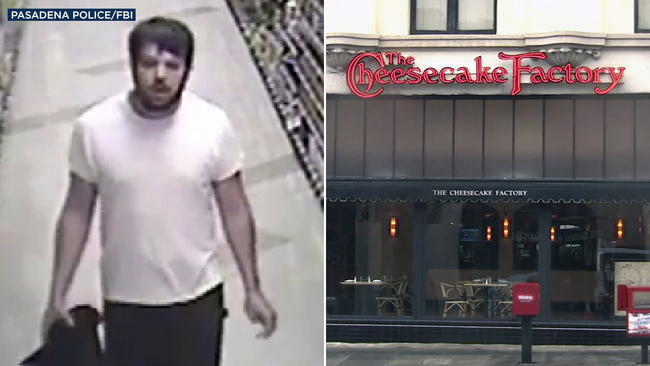 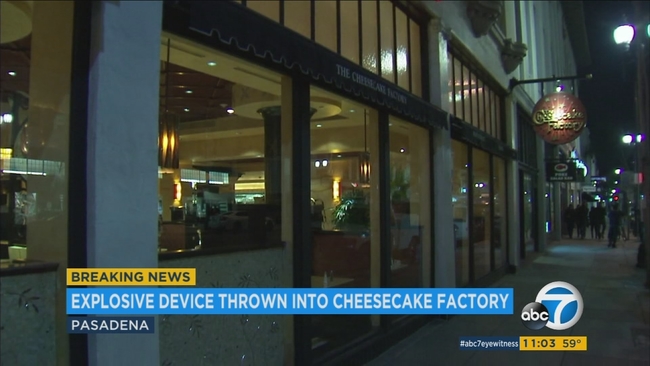