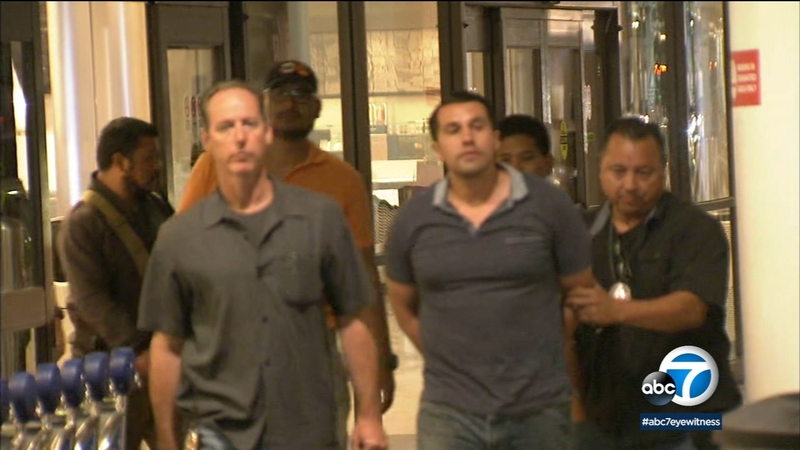 SoCal fugitive wanted by the FBI captured in Mexico

LOS ANGELES (KABC) -- A fugitive wanted for his alleged involvement in an attempted murder in Hollywood was taken into custody by the FBI.

Ricardo Villa was flown in by Mexican officials and arrived at Los Angeles International Airport after being located in Puebla, Mexico.

FBI Special Agent Scott Garriola said tips brought forward by viewers of an Eyewitness News story, which named Villa as part of a list of a dozen Southern California fugitives wanted by the FBI, helped track him down.

He is accused of shooting into a parked vehicle after a dispute inside a Hollywood club on April 26, 2015, according to authorities. At the time, Villa was out on bail after a narcotics arrest in Orange County.

Villa was charged with four counts of attempted murder and is accused of other crimes, including possession for sale of a narcotic or controlled substance.

According to the FBI, Villa has previously lived in Palmdale.