Mexico is dominant source of fentanyl trafficked into US, report says 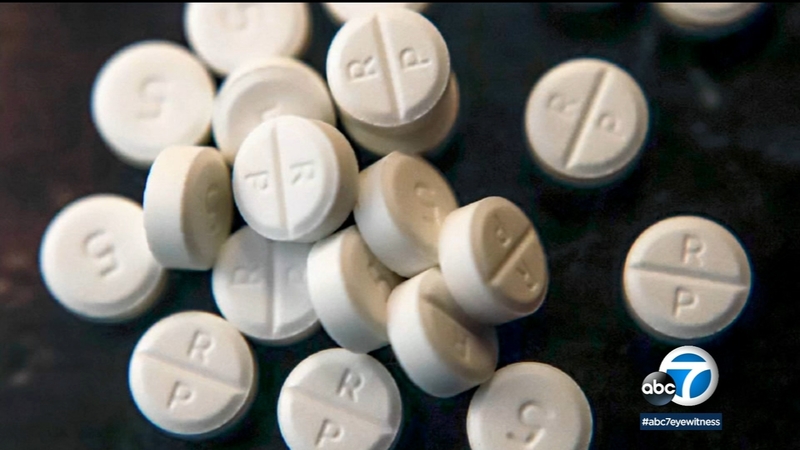 Mexico is dominant source of fentanyl trafficked into US, report says

A new government report out Tuesday details how opioid trafficking in the United States has changed in recent years, with Mexico now a "dominant source" of the country's fentanyl supply and synthetic opioids rapidly saturating drug markets.

In its report, the federal Commission on Combating Synthetic Opioid Trafficking -- a bipartisan group of US lawmakers, experts and officials from federal departments and agencies -- warns that if the US does nothing to change its response to the new challenges, more American lives will be lost.

"This is one of our most-pressing national security, law enforcement, and public health challenges, and we must do more as a nation and a government to protect our most precious resource American lives," said Republican Sen. Tom Cotton of Arkansas and Democratic Rep. David Trone of Maryland, the commission's co-chairs, in a letter included in the report.

From June 2020 to May 2021, fentanyl and synthetic opioids accounted for roughly two-thirds of the more than 100,000 deaths in the US from drug overdoses, the report found. The fatalities were mostly among Americans ages 18 to 45.

Fentanyl, a type of synthetic opioid, has been the "primary driver" of the US opioid epidemic and is 50 times more potent than heroin, according to the report. It found that while 70% to 80% of fentanyl that federal authorities seized between roughly 2014 to 2019 had come from China, Mexico is now the "dominant source" of fentanyl in the US.

Fentanyl is trafficked principally by land across the US' southern border with Mexico, though cartels have also increased use of the US Postal Service, the report said.

Four people have been arrested in connection to the death of "The Wire" actor Michael K. Williams in September.

Fentanyl, besides being laced in heroin, is also manufactured into counterfeit tablets, including brand names such as Adderall and Xanax, in "minute" quantities, which the report called "particularly troubling." "Of deepest concern is that most consumers are not - at least initially - seeking fentanyl specifically," the report said.

Without intervention, the US "will continue to see the number of overdoses rise as markets for illicit drugs evolve, respond, and produce an even wider variety of synthetic opioids, and transnational criminal organizations (TCOs) diversify the presence of synthetic opioids in nonopioid drugs and into pills to expand the market beyond traditional opioid users," the report warned.

The commission made several recommendations for the US to stem the flow of synthetic opioids into the country and reduce overdoses, including strengthening policy coordination, disrupting drug supply, increasing international cooperation, improving research and data collection, and establishing strategies to reduce demand, like expanding access to treatments..

As part of recommended policy changes, it called for the White House Office of National Drug Control Policy to be the "central authority for policymaking and interagency coordination on all drug control policy matters" and its director to be returned to a Cabinet-level role.

To disrupt drug supply, the commission recommended improving oversight and enforcement, such as offering federal grants to local law enforcement to swiftly investigate overdose deaths or having federal law enforcement partner with US social media companies to identify vendors of synthetic opioids and chemicals.

To target manufacturers and distributors, the commission recommended the US collaborate with other countries involved in producing and distributing synthetic opioids, and it suggested the US establish a policy framework to engage with China in order to improve oversight of its pharmaceutical industry and push the nation to "adopt clear rules."

The commission also wants the US to bolster data analysis and surveillance systems to detect changes and trends in the drug market and better respond to the crisis, including developing a national early warning system and a network of wastewater testing.

In 2017, then-President Donald Trump declared the opioid epidemic a national public health emergency and later signed a sweeping annual defense bill that established the commission and charged it with developing strategies to fight the flood of synthetic opioids into the US.

President Joe Biden, at the end of last year, declared a national emergency to deal with international drug trafficking, including the rise in fentanyl and synthetic opioids, along with ordering sanctions against foreign drug traffickers.

The challenge has only grown in the US, with the Covid-19 pandemic having driven increases in substance use. At the height of the pandemic, more than 1 in 10 Americans started or increased their substance use, creating greater demand for fentanyl, the report said.