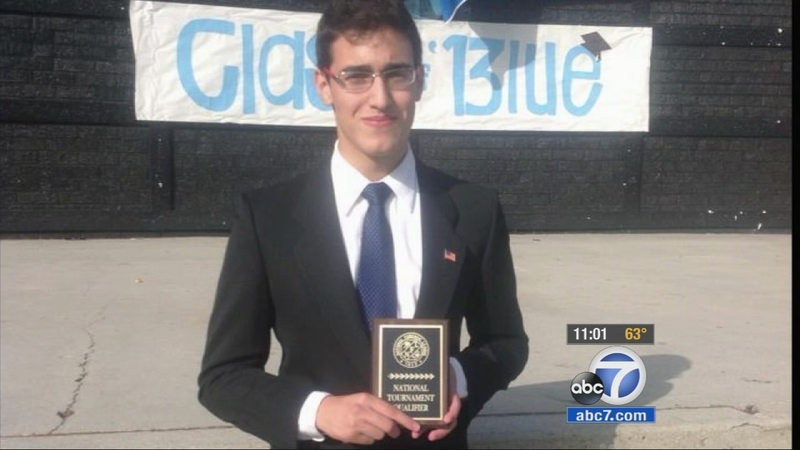 The Wednesday night ceremony celebrated a bright student studying to be a lawyer with the hopes of someday fighting police brutality. Morad's family says he was a nationally ranked debater at El Camino Real Charter High School and later Moorpark College and held a 3.9 G.P.A.

"He was a genius. He knew everything about everything," his sister Ghada Morad said.

His high potential made his sudden death all the more shocking.

"I still quite haven't accepted it. I was texting him, expecting him to text me back and he's obviously not going to text me back," Morad's friend Connor Phillips said.

Morad's friends say while he was studying in Long Beach Saturday, he tried mushrooms and had a reaction so severe he jumped out of a window. He was shirtless and covered in blood, witness Ryan Forbes said

Forbes added Morad was in a "state of utter distress" and "didn't know where he was."

Caller: I think one of our neighbors might be intoxicated and they fell out of a window and they're bloody.
Dispatcher: Where are they right now?
Caller: He's kind of irate. They're walking around. Some friends are trying to get him back.

Long Beach police said the officer pulled out his gun after a Taser didn't stop Morad from charging. He was transported to a local hospital, where he was pronounced dead.

Organizers at the vigil sold t-shirts with "Justice 4 Feras" printed on them. Thousands have shared Morad's story on social media.