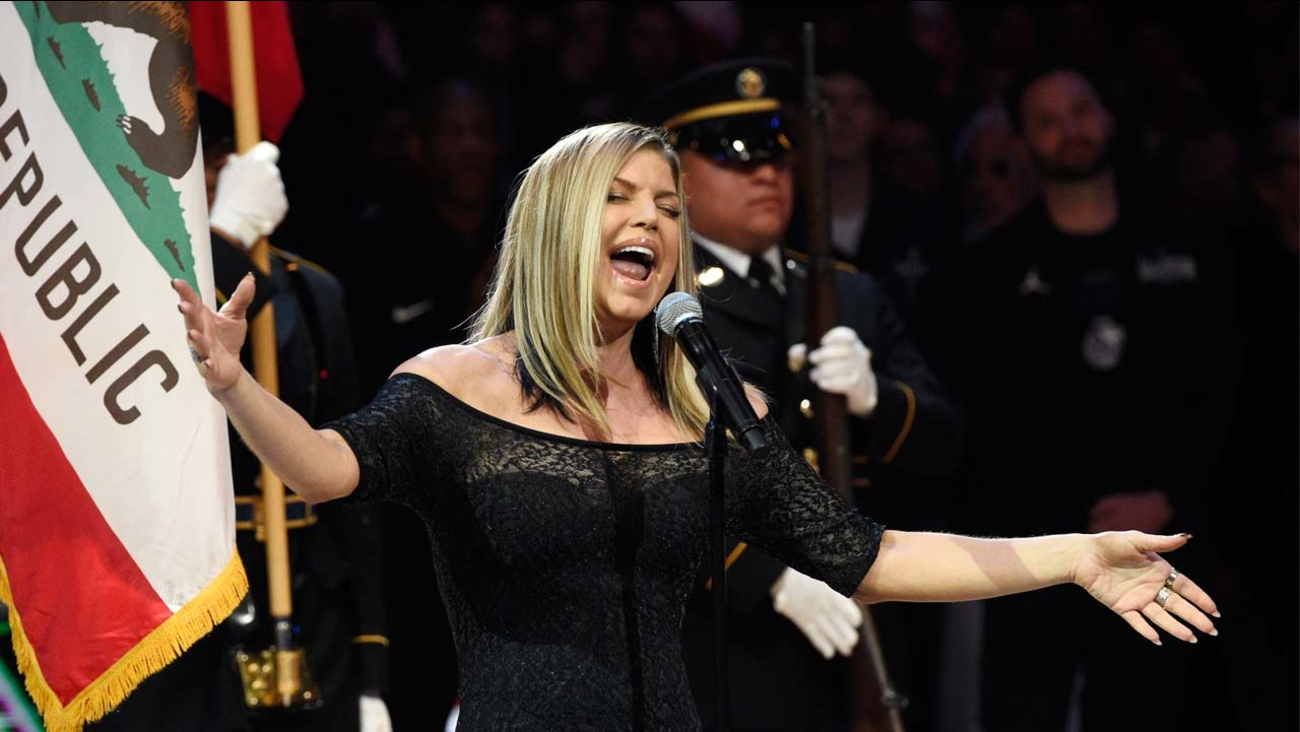 In this Sunday, Feb. 18, 2018, photo, Fergie performs the national anthem before the start of the NBA All-Star basketball game in Los Angeles. (AP Photo/Chris Pizzello)

The singer released the following statement on Monday:

Sunday night, the former Black Eyed Peas singer performed a slower, jazzier version of "The Star-Spangled Banner" before the game at Staples Center. Not everybody was cheering.

A low chuckle rumbled through the sold-out arena after Fergie finished the first line of the song with a throaty growl on "the dawn's early light."

Fans throughout the star-studded crowd reacted with varying levels of bemusement and enthusiasm while her languid, 2-minute version of the song continued.

After a forceful finish, Fergie finally got big cheers when she shouted, "Let's play some basketball!"

Many on social media panned her performance. Although Fergie was on pitch, her tempo, musical accompaniment and sexy delivery were not exactly typical for a sporting event or a patriotic song.