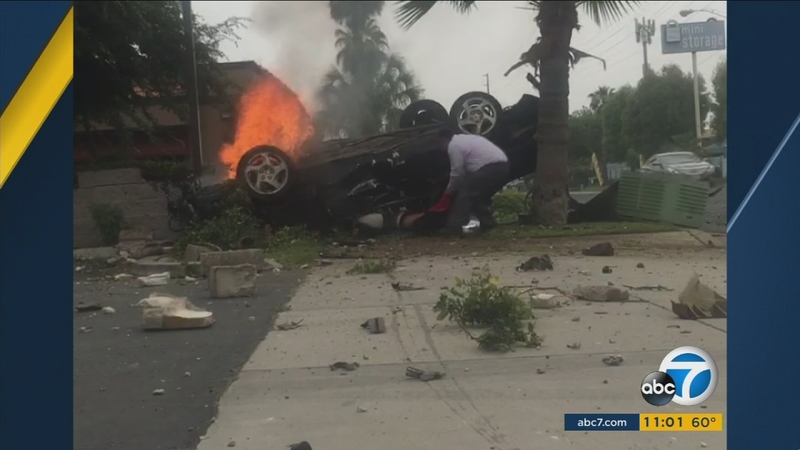 Officials said the crash happened on Indiana Avenue near Tyler Street on Tuesday.

Santiago Portillo, an eyewitness, grabbed his cell phone and began recording. But when Portillo saw that a man was injured inside the burning car, he jumped into action.

He set his phone down with it still recording and he reached into the smoldering car and pulled the man to safety.

Firefighters and paramedics were soon on the scene, and the car was engulfed in flames.

The driver suffered a severe laceration to his head and his leg was also injured, officials said.

Riverside police were looking for a second driver involved in the street race, who they said sped away from the crash scene.