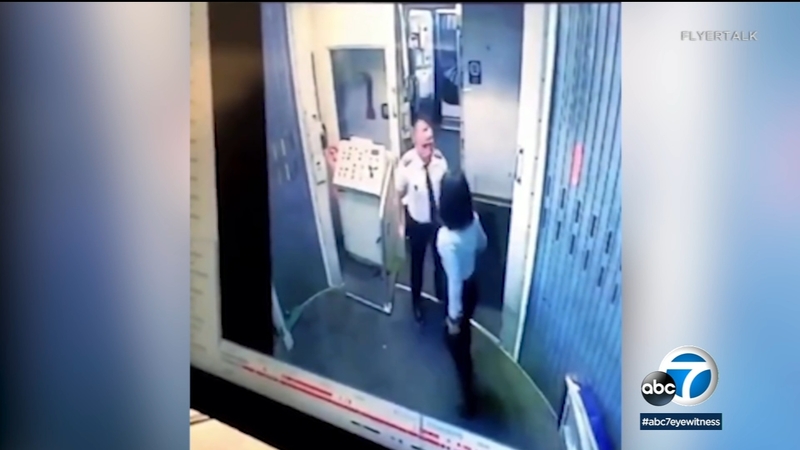 A disturbing altercation between two Republic Airways employees was captured on security video.

In the footage, a male pilot walks up to a female co-worker and appears to spit on her.

She then slaps him, and the pilot is seen punching her in the stomach and face.

The security video prompted an investigation by the Denver Police Department.

No passengers were on the plane at the time.

The two had been in a relationship and the woman got upset over something she saw on the man's cellphone.