As told by 7 On Your Side from KGO, ABC7's sister station, the letters came out of the blue from the California EDD to a man's home in West Palm Beach. They were addressed to complete strangers. So how did this happen? And does it give us a clue about what's gone wrong at EDD?

They all came at once to Barry O'Brien's home. Twelve letters from an unfamiliar place: the California EDD.

"I looked at the envelope, I go, what is this?" recounts O'Brien.

He reads the envelope: "State of California EDD..."

He didn't know what that was until he Googled it.

"The first thing that came up on the Google search was your station's stories about it," O'Brien said.

He saw 7 On Your Side's reports and realized these letters could be pretty important -- maybe unemployment checks meant for folks in California.

As Californians struggle financially during the pandemic, Gov. Gavin Newsom announced changes to address the back up at the Employment Development Department.

"If they are in fact checks, these poor people could be waiting a long time," he said.

But why were they mailed to his home, 3,000 miles from California to four complete strangers?
"Don't know any of these people. I know none of the names," O'Brien said.

"The last time I was in California was 20 years ago for a radio convention. I miss your city, I like your city," he said.

Yet he wasn't entirely surprised something like that could happen.

"I live in Florida and we have our own unemployment problems. It's terrible here too," he said.

He didn't want to open the letters, and couldn't forward them to the right people. He thought about mailing the letters back to the EDD.

"And then I thought of all the problems we're having with the unemployment office here in Florida. Well if I do that, it's just gonna go back to the same department and someone gonna go, 'Hey Joe you screwed up on this one' and nobody would know what happened," O'Brien said.

Instead, he sent them directly to the California Attorney General, along with a complaint form explaining what happened.

And he contacted 7 On Your Side on Facebook. So, we asked the EDD what was going on.

We've yet to hear back. Which leaves us and Barry wondering if there are more out there.

And if he's uncovered something big?

"Maybe they'll put up a statue of me in California," he jokes.

Could this mean some folks out there are missing an important notification from EDD, or maybe even a debit card? It also could be some type of fraud. Barry says he thinks it's a mixup in a database. He does get a small unemployment check from Florida.


Report a correction or typo
Related topics:
personal financefloridacoronavirus californiamoneyunemployment californiasocietycoronavirusstimulus funds7 on your sideconsumercovid 19employmenteconomyunemploymentconsumer concerns
Copyright © 2020 KGO-TV. All Rights Reserved.
7 ON YOUR SIDE
Why are EDD benefits being cut off after only a few weeks? 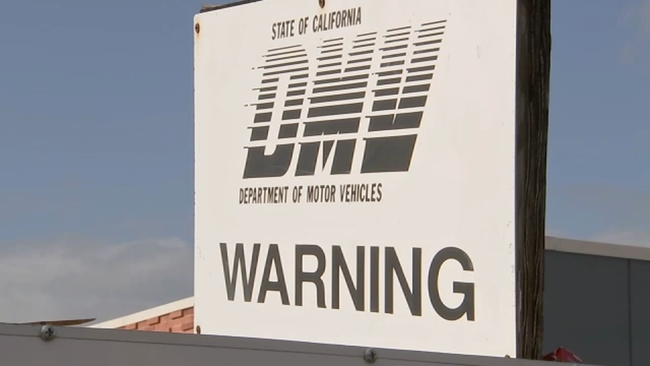