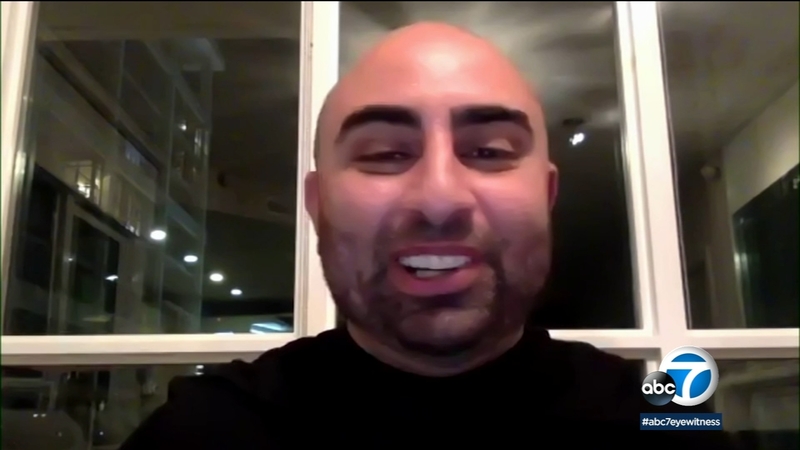 Arya Hamzelou of Irvine is a VA hospital worker. His life is now changed.

"Some instinct told me to get 100 shares of Game stock instead of 50. Days later that's when like the huge increase happened and I'm like 'Whoa' and all of the sudden, I had to have a serious talk with my wife," he said.

After a huge surge in the price of GameStop, Hamzelou had turned his family's COVID relief checks from last summer and this winter into $40,000.

It wasn't all thanks to the GameStop surge. His portfolio of stocks is fairly diverse.

It took time, but the GameStop surge caused a huge boost for his bottom line.

"What the Wall Street people don't understand is that I'm not some sort of internet troll," Hamzelou said. "I'm not some young guy on the internet throwing money at a random stock. I actually went and studied all these stocks. It was actually pretty hard."

The reason why GameStop surged last week? The group collectively decided to buy that stock, a stock that hedge funds had bet against.
It caused hedge funds to lose billions of dollars.

Hamzelou says he was watching TV when one hedge fund manager said something that upset him.

"The reason the market is doing what it's doing, is people are sitting at home, getting their checks from the government and this 'fair share' is a bulls-t concept. It's just a way of attacking wealthy people...,'" Leon Cooperman, a billionaire hedge fund manager, said on TV.

"It made me really angry at that moment, I'm like, 'What? Is this guy seriously saying this?' The difference for him is literally having a bad year or even just a bad month and maybe not buying a third or fourth house. The difference for me is buying nicer diapers for my baby. Having my wife take time off of work to be with the family longer," Hamzelou said.

Hamzelou wrote about the entire process from start to finish in a blog post.

He wants other people to be able to learn about stocks.

At the end of the day, he says he's just trying to do right by his growing family.
Report a correction or typo
Related topics:
personal financeirvineorange countywall streetstocks
Copyright © 2021 KABC-TV. All Rights Reserved.
More Videos
From CNN Newsource affiliates
TOP STORIES