WLS
By Jason Knowles and Ann Pistone
How will the Biden Administration affect your wallet? The I-Team looked into the question.

President Biden's aim for a faster vaccine rollout could mean people getting back to work, and new jobs. His economic stimulus package may be a big help to those struggling, if it gets through Congress.

"The tricky thing is that not a lot is going to change right away," said Lisa Rowan, a personal finance expert at Forbes Advisor.

But, she added, the Biden Administration's plans may boost your bottom line.

"He just disclosed to increase the child tax credit and the earned income tax credit. That's more money back in your wallet after you file your taxes and get that refund," Rowan explained. "But that's something that's only been proposed. For most people, your taxes aren't going to go up, so as you're seeing news about this, don't get into a panic about what's going to happen to your finances because of his tax plan."

Biden's proposed tax increase will affect only those earning more than $400,000 per year.

On the healthcare front, Biden is reopening enrollment for the Affordable Care Act medical insurance and plans to revamp it as those expenses weigh on Americans.

"Lowering drug prices, making medical costs more transparent," Rowan said. "There's a real concern that healthcare is simply just not affordable for a lot of Americans, so that's a major focus for the Biden administration where you might start to see some changes there. It may not be a sweeping overhaul, but you might see little changes along the way as he's able to find that common ground, among Republicans, Democrats and Congress."

Biden also wants the federal minimum wage raised to $15. Rowan said it will have to happen in stages.

"You can't just increase it by almost double overnight and expect businesses to be able to take on that cost so it's going to take some time before, that's going to happen if that happens. Expect a big pay raise yet," she said.

If the third round of stimulus money is approved, it could be $1,400.

Whether you get the money or not is based off of your 2019 tax returns. The last stimulus checks were given to individuals earning under $75,000, or the head of the household making under $112,500. For married couples filing jointly, the income threshold was $150,000.
Report a correction or typo
Related topics:
personal financemoneytaxesstimulus fundsmoney fixjoe bideni teamconsumermedicareobamacareu.s. & worldunemploymentaffordable care actminimum wage
Copyright © 2021 WLS-TV. All Rights Reserved.
TAXES 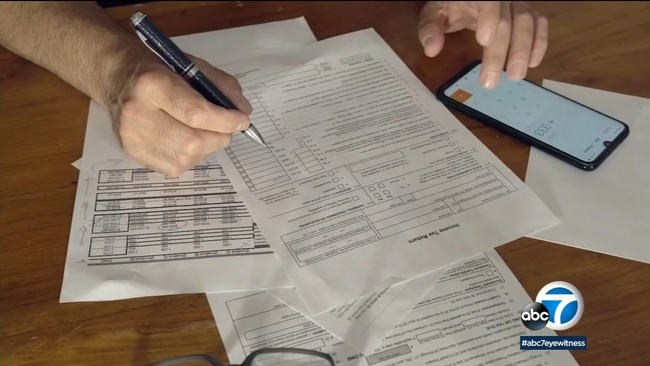