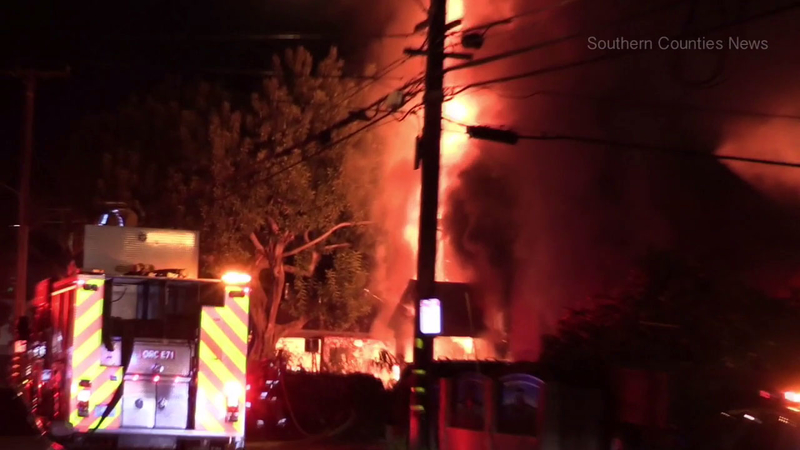 Authorities got a call for a disturbance in the 1000 block of W. Washington Avenue. They said a man inside the home, later identified as 34-year-old Jose Luis Martinez, was upset over a recent divorce and was breaking things inside the residence. 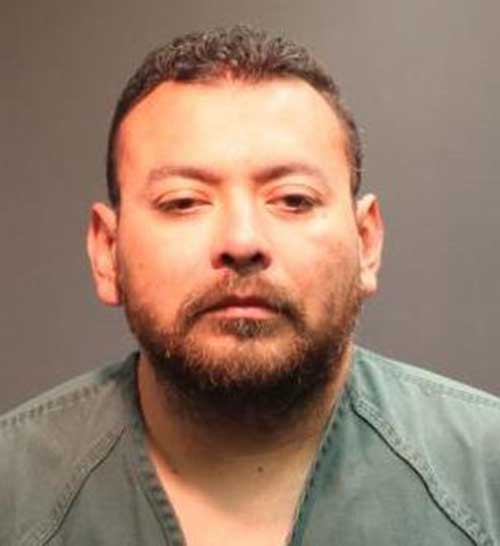 Jose Luis Martinez, 34, is seen in a booking photo.

Police tried to contact Martinez, but he set the home on fire, authorities said.

Firefighters were called to the scene, finding the home already engulfed in flames with people possibly stuck inside. With about 30 firefighters attacking the blaze, they doused the fire by 8:40 p.m., and all the occupants were able to get out safely.

Firefighters said the home, where six to eight people lived, was a total loss.