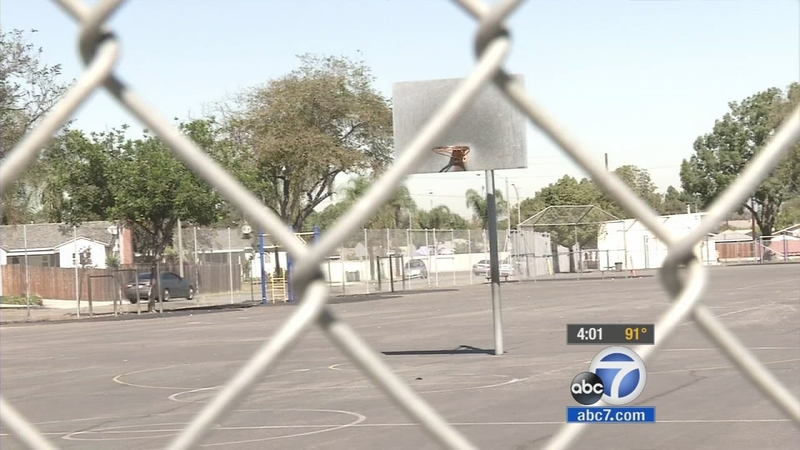 "It's like 1,000 degrees in there," said Barton Elementary School second-grader Myra Perry. She became physically sick after lunch.

"It can get well over 90 degrees when temperatures are like they are today," said Chris Eftychiou, spokesman for the Long Beach Unified School District. "Obviously, it's not the most conducive environment to teaching and learning."

Teachers leave windows open, prop doors, keep kids off the playground, and on hot days, dismiss students an hour earlier than usual - anything to try and provide some relief from the heat.

The district has picked 12 schools, including Barton Elementary School, to test some cooling measures.

But some parents say those are just a temporary fix for a problem that's heating up. Many want air conditioning put in, but the Long Beach Unified School District says that's a very expensive solution.

"That means it would take about $200 million to air condition all of our facilities," Eftychiou said. "Given our current resources, that's not something that's going to happen in the immediate future."

The district says it will likely take a ballot measure to raise that kind of money, and that could be a lengthy process.