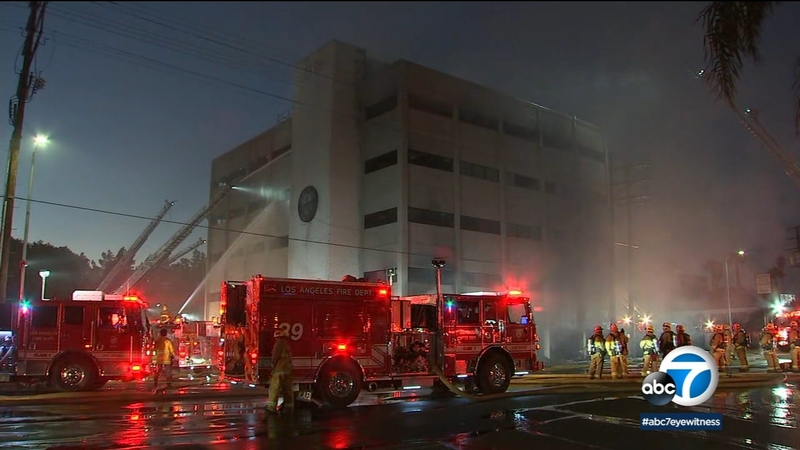 Sepulveda Boulevard was shut down between Vose Street and Sherman Way.

The fire broke out at 4:35 p.m. in the 7100 block of N. Sepulveda Boulevard. Over 120 firefighters from the Los Angeles Fire Department were assigned to battle the blaze.

LAFD requested assistance from police to help move a group of homeless people that were adjacent to the building to prevent them from being injured by falling debris.

Smoke from the fire could be seen across the San Fernando Valley. No injuries were reported.

Firefighters said it was immediately clear the blaze was suspicious.

"We have a five-story building with heavy fire and smoke on all five floors, not a normal occurrence, especially in broad daylight, busy day like this," LAFD Asst. Chief Patrick Butler said.

Firefighters continued battling the blaze late into the night to extinguish hot spots inside the building.