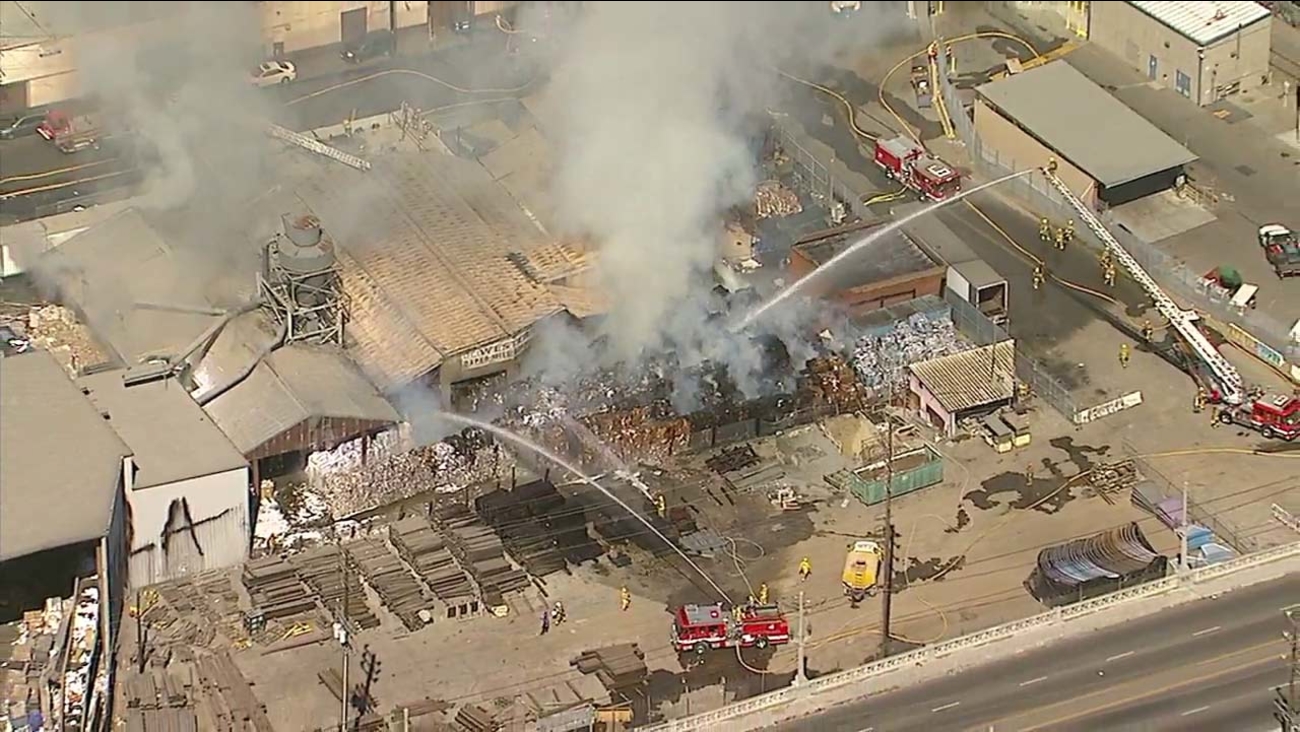 The blaze was first reported shortly before 1:20 p.m. in the 2400 block of E. Porter Street south of downtown L.A.

There were no immediate reports of any injuries.

There were 89 Los Angeles Fire Department personnel assigned to the blaze.

Crews appeared to get a quick handle on the fire. By 1:45 p.m., there was plenty of smoke but no visible flames on scene.

The cause of the fire was not known.
Report a correction or typo
Related topics:
downtown lalos angelesrecyclingbuilding firefire
Copyright © 2020 KABC-TV. All Rights Reserved.
More Videos
From CNN Newsource affiliates
TOP STORIES