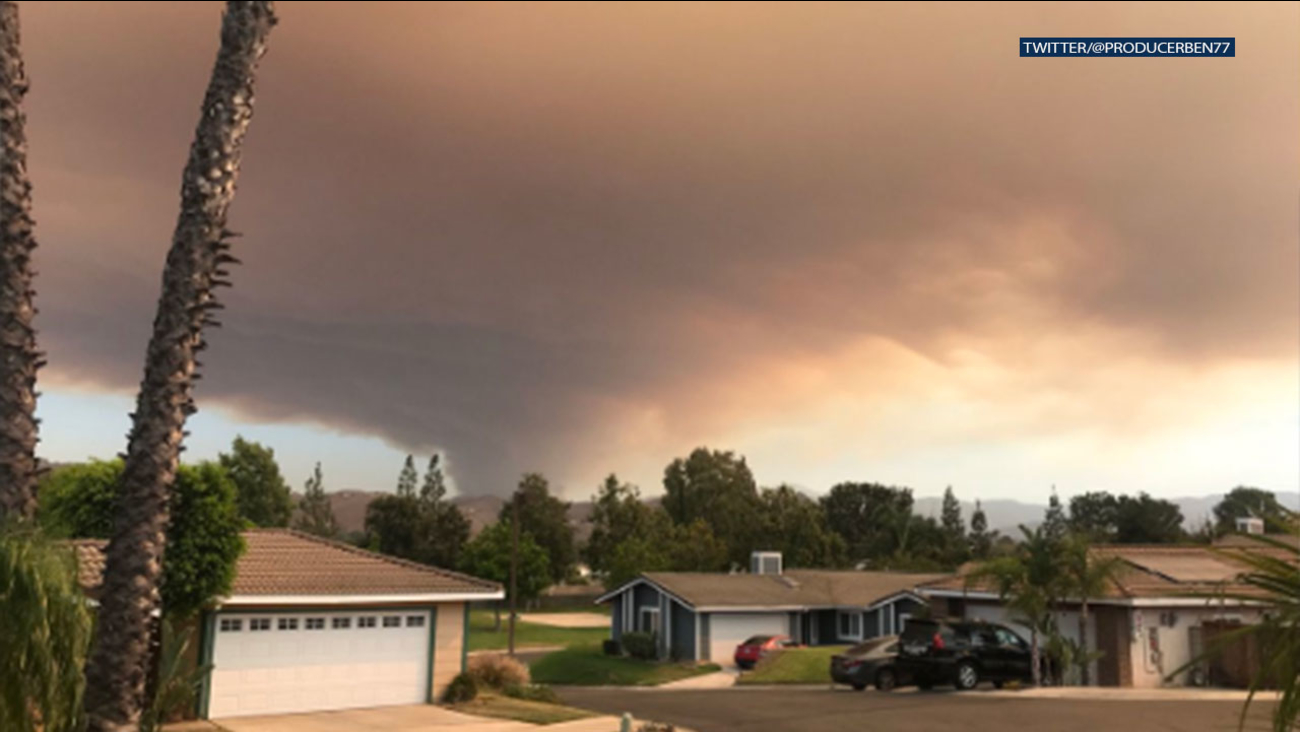 Crews with the Riverside County Fire Department, Cal Fire and the Corona Fire Department were on the scene of the fire, which was first reported shortly after 2 p.m.

Taken a little while ago from the backyard. #TerraFire pic.twitter.com/tQvrpEqiDw

Sheriff's deputies and California Highway Patrol officers shut down Terramor Road between Temescal and Crestley Drive for public safety and to give emergency crews freedom to move.

A fire captain fell ill from heat exhaustion amid triple-digit temperatures and was taken to Corona Regional Medical Center for treatment. He was in stable condition and not expected to remain hospitalized overnight, according to a battalion chief.

The fire approached buildings in the 24800 block of Terramor Road, but none were impacted.

There was no word on what triggered the blaze.