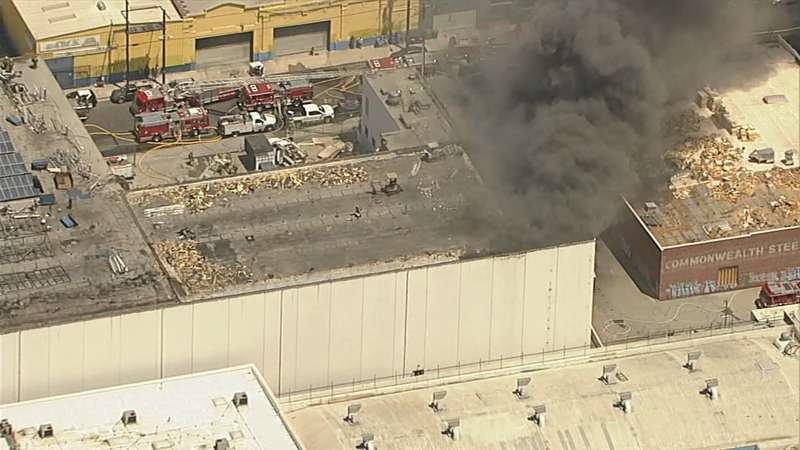 LOS ANGELES (KABC) -- Fire crews put out a blaze that broke out Tuesday morning at a storage facility in downtown Los Angeles.

The fire was reported just before 12 p.m. at a two-story storage facility near Industrial and Mill streets, according to the Los Angeles Fire Department.

Fire officials said the facility was undergoing demolition when flames erupted inside and briefly trapped a demolition worker who was able to get out of the building.

The blaze, known as the Industrial Fire, escalated to a "major emergency" with 117 firefighters responding to the incident, fire officials said.

Around 1 p.m., fire officials reported the blaze was knocked down.