Evacuations ordered as brush fire near Murrieta grows to 1,000 acres 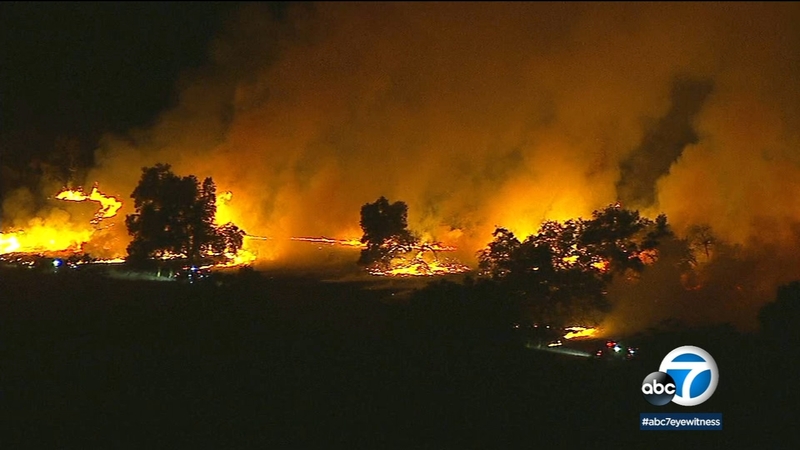 LA CRESTA, Calif. (KABC) -- Residential evacuations were ordered as firefighters battled a brush fire that quickly spread to 1,000 acres over rugged hilly terrain in the La Cresta community near Murrieta.

The fire was first burning in the area of Tenaja Road and Clinton Keith Road near the edge of the Santa Ana Mountains.

Hundreds of firefighters were assigned to battle what was called the Tenaja Fire.

The blaze was initially reported at 25 acres Wednesday afternoon. As the updates continued, it was rapidly growing, from 50 to 100 to 250 acres. By 9 p.m., it was estimated at 994 acres.

Authorities issued mandatory evacuation orders for all residences along The Trails Circle in La Cresta. There was also an evacuation order issued for the Santa Rosa Plateau Visitor Center at 39400 Clinton Keith Road.

Also all schools in the Murrieta Unified School District were closed Thursday, according to the police department.

Some roads were also being shut down in the area.
A care and reception center was established for local residents at Murrieta Mesa High School, 24801 Monroe Ave. Small animals were accepted there. Larger animals can be brought to the San Jacinto Animal Shelter 581 S. Grand Ave. San Jacinto.

The cause of the fire was under investigation, but some lightning strikes had recently been seen in the area amid Wednesday's very hot and humid conditions. 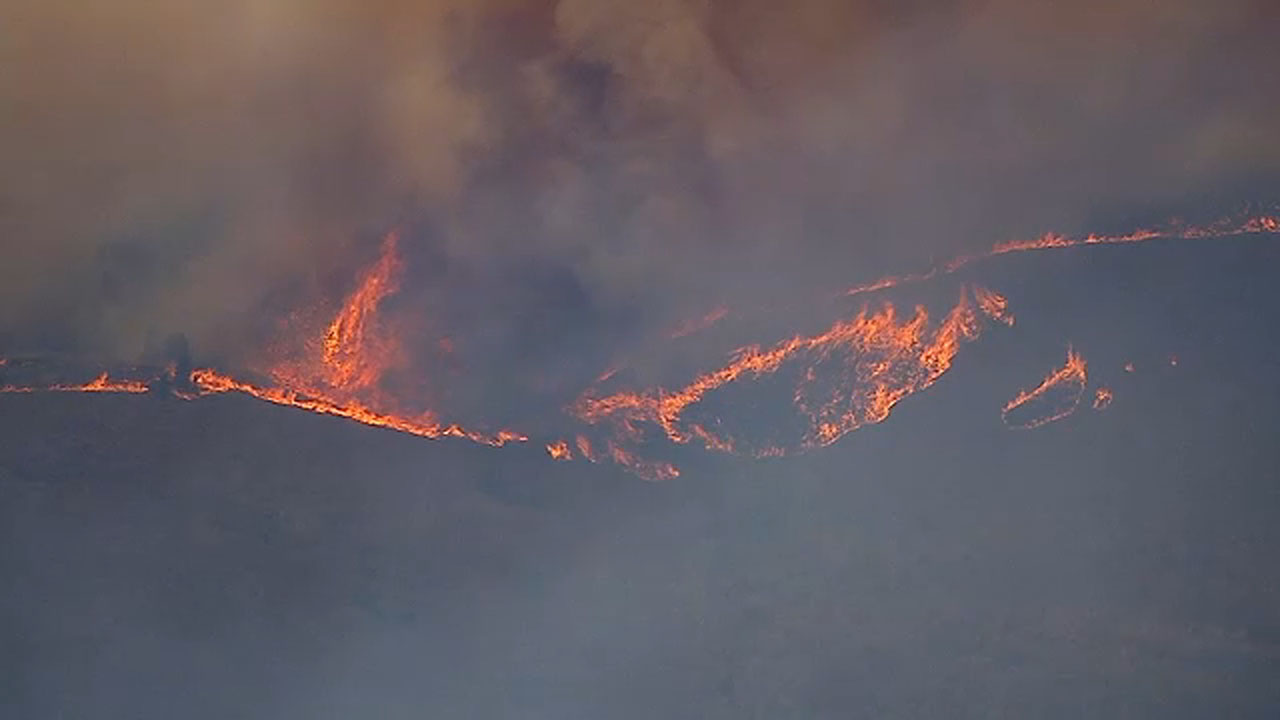