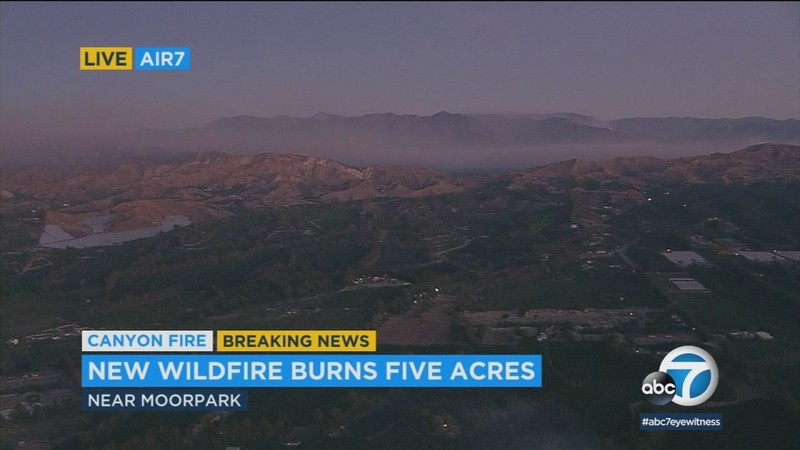 MOORPARK, Calif. (KABC) -- Firefighters got a quick handle on a brush fire that erupted in the Moorpark area early Friday.

The blaze, dubbed the Canyon Fire, was first reported at approximately 3 acres near orchards in the 4500 block of Balcom Canyon Road, according to the California Highway Patrol. It was first reported shortly before 3 a.m. and grew to about 5 acres within an hour.

Twenty-five fire units and a water-dropping helicopter helped fight the flames, which were just 15 miles southwest of Fillmore, where the massive and deadly Thomas Fire is burning.

By 4:30 a.m., Ventura County fire officials said the fire was surrounded, and they expected to have the blaze contained within two hours.

The flames appeared to be out before 6 a.m.

No evacuation orders were in place and no structures were threatened, officials said.