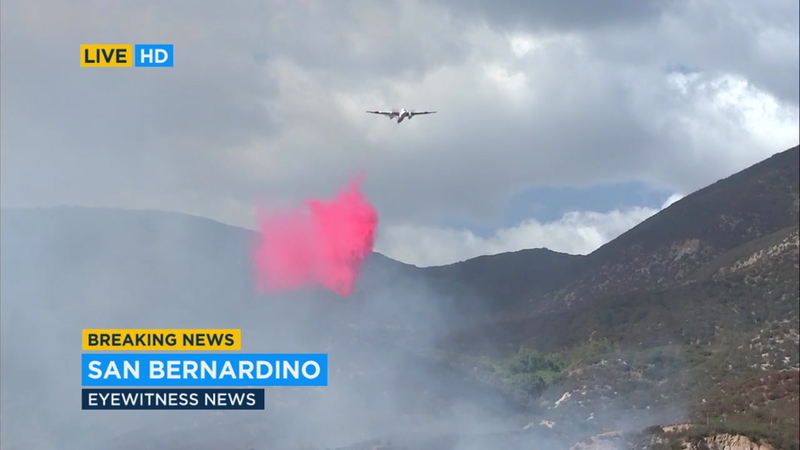 The fire was first reported around 1:44 p.m. and sent big plumes of smoke into the sky as it burned through dry, heavy brush.

It grew quickly from an initial report of about three acres to 50 acres within less than an hour.

By late afternoon, most of the flames appeared to be out but firefighters maintained the battle against hot spots and said they expected to remain in the area for several days to guard against flareups.

Containment was estimated at 48 percent by early evening.

The Cal State San Bernardino Police Department said two people were detained in connection to the fire, which was burning north of the campus. Officials later said they were questioned and released, and no arrests were made.

Fire agencies had about 150 personnel battling the flames on the ground, along with two helicopters and three air tankers.