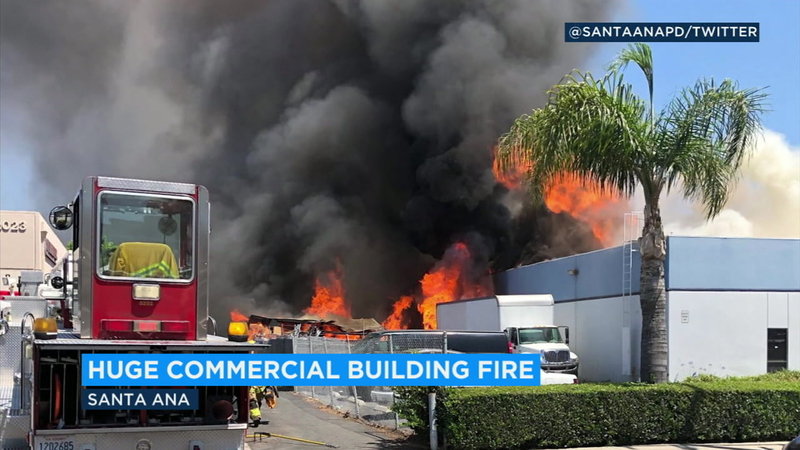 The building fire, located on the 2100 Block of South Yale Street, was reported at approximately 1:53 p.m. to the Orange County Fire Authority.

At least 85 firefighters were on scene working on putting out the flames. Black smoke and flames were seen rising from the building.

By around 3 p.m., most of the active flames appeared to be extinguished, and firefighters were able to stop it from spreading to other structures.

One person in need of medical attention was treated and transported. The status of the person was not immediately known.