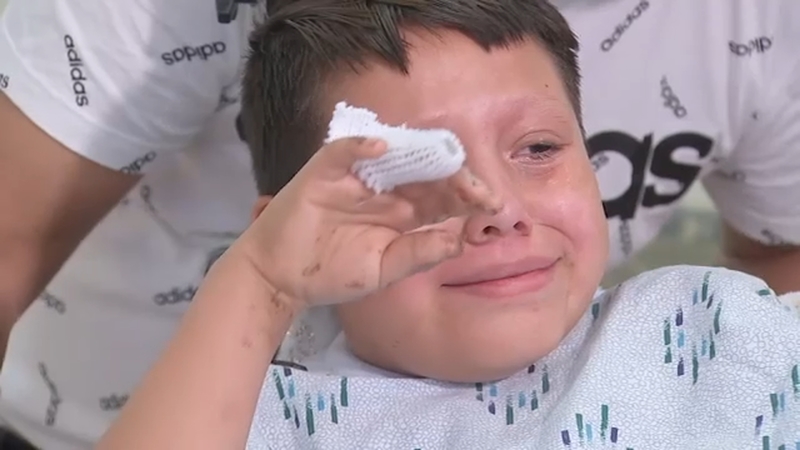 COMPTON, Calif. (KABC) -- A man is in custody after handing his young neighbor a firework that blew up, causing the boy to lose his arm on his 10th birthday.

Aaron Carreto, the courageous 10-year-old boy, is telling his story.

"They lit a firework and then they gave it to me," he said. "The fuse went down, I looked at it and then it popped in my hand when I was going to throw it."

It was more than a pop -- an explosion so powerful that it rocked cars parked nearby.

The homemade firework had been handed to Aaron by two adult neighbors in Compton. Suspect Walter Revolorio, 27, is now in custody.

"I want them to be in jail so they don't do this to other kids," Aaron said.

"I am really angry. I'm angry because those two guys are adults and one of them has kids. I'm pretty sure if it was his kid, he wouldn't have let that happen," said sister Alison Carreto.

The incident happened on Aaron's birthday July 6. Doctors at UC Irvine Medical Center have since stitched his left arm into his stomach to regrow lost tissue.

"They are going to make an arm, and they told me it's going to have two fingers. It's going to be a thumb and this one," Aaron explained.

The family urges well-wishers to visit Aaron's GoFundMe site and if nothing else, send your prayers his way.

Meantime, Compton investigators are calling it a serious crime.

As for Aaron, he's making plans.