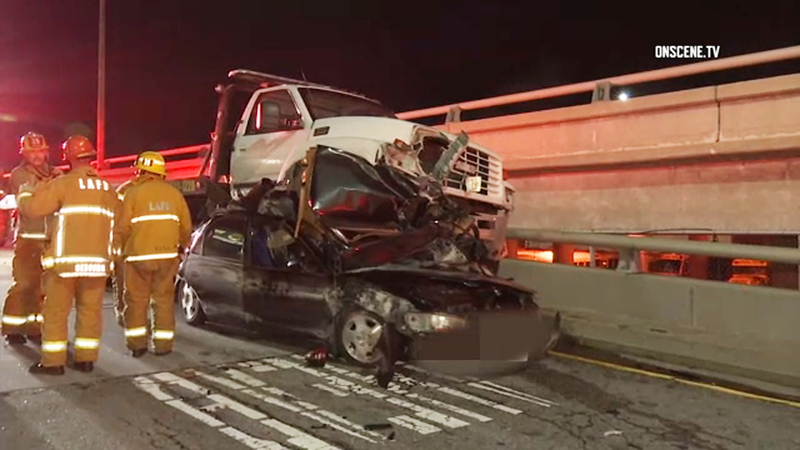 DOWNTOWN LOS ANGELES (KABC) -- A man was killed when a flatbed truck ended up on top of his car in a wreck on the 10 Freeway in downtown Los Angeles early Friday.

California Highway Patrol officers responded to the two-vehicle crash on the westbound 10 Freeway off-ramp at San Pedro Street at about 1:15 a.m.

When officers arrived, the tow truck was found on top of the Honda mid-size sedan, with the 41-year-old driver trapped inside. CHP Sgt. Kris Ulibarri said the man was pronounced dead at the scene. No other injuries were reported.

The CHP was investigating what led up to the fatal wreck. No arrests were immediately made.