PANORAMA CITY, LOS ANGELES (KABC) -- A man killed in an officer-involved shooting in Panorama City Tuesday afternoon has been identified. He is Florencio Chaidez, 32, of Panorama City, according to the coroner's office.

Los Angeles police received a report of a man with a gun near Roscoe Boulevard and Willis Avenue at about 2:45 p.m.

The suspect was pronounced dead while being taken to a hospital. A handgun was recovered at the scene, police said. 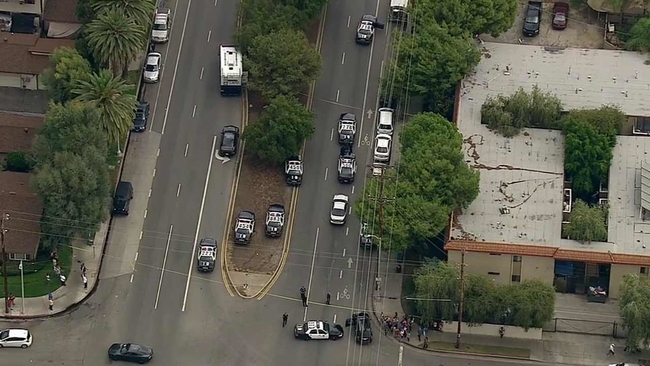