Widespread flu activity reported in California. Is it too late to get a flu shot? 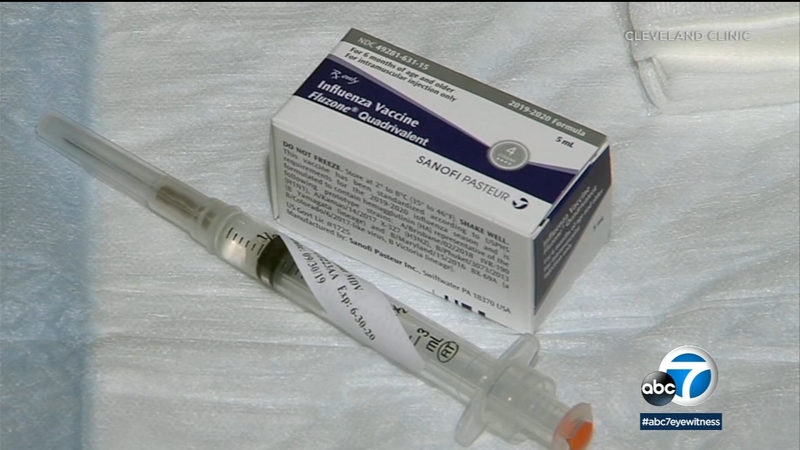 Widespread flu activity reported in CA. Is it too late for a flu shot?

If you look around, you're probably surrounded by sick people! The Centers for Disease Control says flu activity is picking up and will continue to increase as we approach the holidays. Is this year's flu shot a good match and is it too late to get one?

Patients ask doctors every flu season if they need to get another flu shot if they got one last year.

Experts say the answer is a resounding yes. As holiday preparations are kicking into high gear, so are flu cases. The CDC reports elevated levels of influenza-like illnesses and widespread activity all over California and on most of the West Coast. Although it's hard to predict what will happen next, Southern California often has flu cases well into spring.

That's why doctors recommend getting a flu shot if you haven't yet and to remember: the vaccine does not make you sick.

"What many people will confuse is that when you get the vaccine, your body reacts to the vaccine, and may cause you to have even low-grade fever, some aches and fatigue for a day or two, but that's not truly infection with influenza - that's just your body building antibodies," Dr. Alan Taege with the Cleveland Clinic said.

Taege said having a mild reaction to the flu shot is a good sign because it means your body is reacting the way it's supposed to. Last season, the CDC reported roughly 40 million people became ill with the flu and more than 36,000 people died as a result of flu complications. Tague said flu strains vary from year to year.

"There's a great deal of effort put into trying to predict the types that we're going to experience, and the vaccine is produced to match that anticipated type of influenza," he said.

Last year's vaccine was 29% effective, but doctors say even a partial match can reduce the severity of your symptoms.