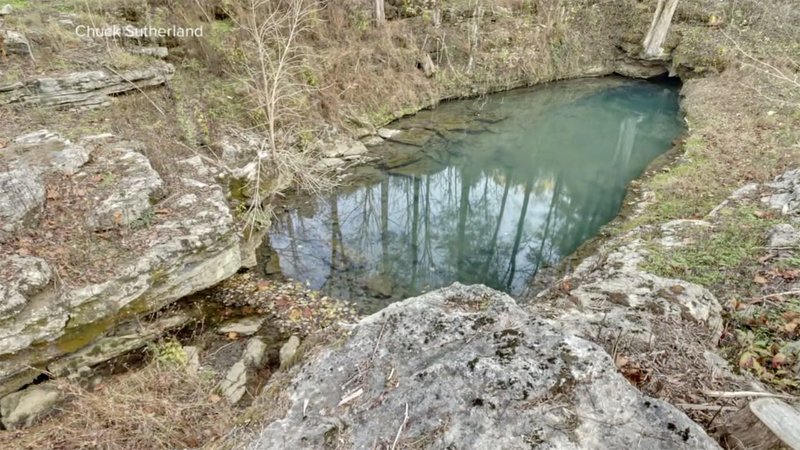 FLYNN'S LICK, Tenn. -- A highly experienced member of the elite dive team that helped rescue 12 soccer players and their coach from a flooded cave in Thailand last summer was rescued Wednesday after going missing in a Tennessee cave, ABC News has learned.

The diver, Josh Bratchley, was reported missing from the Mill Pond Cave early Wednesday in Jackson County in northern Tennessee. According to local authorities, Bratchley is part of a group from the United Kingdom that had been exploring the cave for the last several days.

The group surfaced from a dive late Tuesday evening but could not locate Bratchley. They contacted authorities after first attempting to find him on their own.

Local authorities in Tennessee discuss the search for a diver missing in a Tennessee cave. The same man was part of the team who helped rescue a Thai youth soccer team and their coach from a flooded cave last summer.

First responders identified an air bell in the cave with enough oxygen for at least a day. A specialized diver found Bratchley alive in that area of the cave just before 7 p.m. local time, and he is said to have been in good spirits at the time of his rescue.

Bratchley was evaluated by paramedics at the scene and found to be stable. He refused further medical treatment, according to local officials.

The dive route in question is 400 feet long and goes approximately 40 feet deep into an area with limited visibility. It takes 30-45 minutes to reach the end. Specialty divers were flown in to assist with rescue efforts, according to Lt. Brian Krebs with Chattanooga Hamilton County Rescue Services.

Bratchley was involved in a high-stakes rescue operation last summer after a group of Thai youth soccer players and their 25-year-old coach entered a cave on June 23 for a quick exploration. Flooding quickly blocked the exit and they had to retreat deeper inside the cave. Heavy rains raised water levels further and thwarted the initial searches before divers on July 2 found the group huddled on a dry patch of ground, safe but hungry.

The entire soccer team was rescued from the cave after a three-week ordeal. One elite diver drowned during the rescue operation.