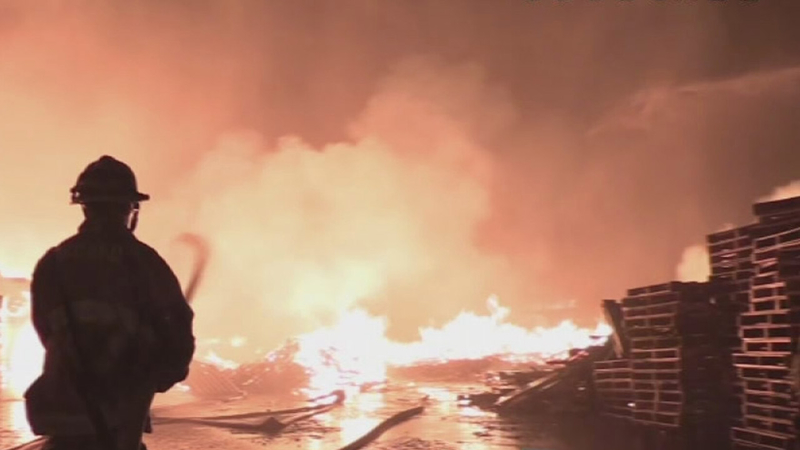 FONTANA, Calif. (KABC) -- A massive fire broke out at a pallet yard in Fontana Thursday night.

The fire erupted in the 13700 block of Santa Ana Avenue around 9:55 p.m. Officials say stacks of pallets, some as high as 30 feet, were fully engulfed in flames when firefighters arrived.

The pallet yard was surrounded by approximately 30 tractor trailers containing various types of cargo, according to fire officials. At least one tractor trailer burned close to a home, but the resident who was inside was able to evacuate safely.

The flames spread into rows of large tires used on commercial grade heavy equipment. It took more than 65 firefighters about two and a half hours to get the fire under control.

A firefighter was transported to a local hospital for a non-life threatening injury.

Officials say the 2nd alarm fire destroyed the pallet yard, as well as several tractor trailers and caused minor damage to the nearby home. The tire company sustained moderate damage. Preliminary fire damage and loss was estimated at over $3 million.