VIDEO: Fontana naked intruder broke into teen's bedroom, may have other victims 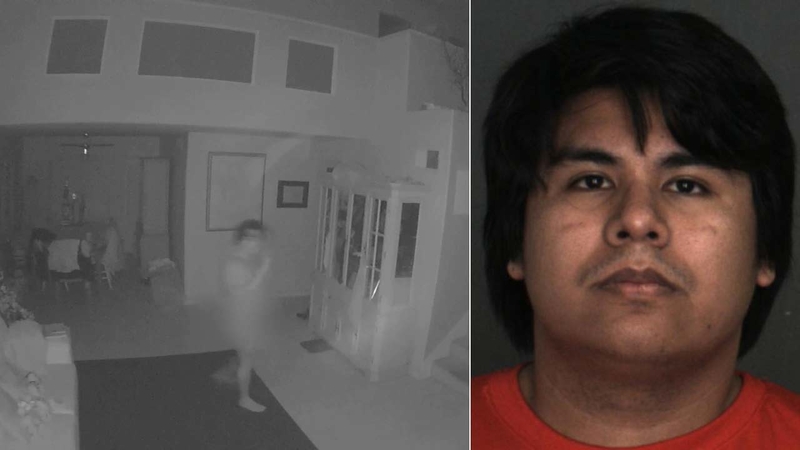 VIDEO: Naked Fontana man broke into teen's room, may have other victims

FONTANA, Calif. (KABC) -- A naked intruder was arrested after breaking into a teenage girl's room in Fontana last week, and on Wednesday police announced the suspect may have targeted more victims.

Jonathan Ward, 21, is accused of breaking into a house in the 14100 block of Stanislaus Court shortly before 3 a.m. on Aug. 30, according to a press release from the Fontana Police Department.

Officers arrived within minutes and determined the suspect was already gone. Surveillance footage from inside the home showed the suspect look directly into the camera and place his finger over his lips as if signaling to be quiet.

Through department resources, Fontana police were able to identify the suspect as Ward, a Fontana resident. He was later arrested at his home in the 7000 block of Nebraska Street.

While interviewing Ward, detectives were able to identify more potential victims who have not come forward. Police said Ward may have focused on a dance studio located in the Inland Empire, where he became "infatuated with several young girls."

The mother of one of those girls said Ward targeted her daughter and their home, but he never got inside - thanks to the family's pet.

"He admitted that he came to my residence on several occasions and he was looking through our windows. He attempted entry into my home, but I have a dog inside and my doors are always maintained locked, so he never made it inside, but he did peek through the windows somewhere around 2 o'clock in the morning, which is right around the same time the other crime was committed," the mother said.

They said he targeted his victims by viewing their social media accounts and figuring out where they lived from photos posted online.

He's accused of entering the backyards of the victims' homes and, on occasion, entering their homes through an unlocked door.