KABC
By Leticia Juarez
FONTANA, Calif. (KABC) -- Fontana police are hoping that newly enhanced surveillance video will lead to the capture of two people who vandalized a car dealership at the Pacific Auto Center earlier this summer.

There is a $25,000 reward for locating the suspects, who went from vehicle to vehicle spraying a solution investigators say was likely paint thinner on June 12.

Fontana police have reviewed hours of surveillance video and interviewed past customers as well as disgruntled employees, but have reportedly exhausted all leads in the case.

"We haven't heard of any other incidents that have been like this in the area in years," Fontana Police Det. Jason Coillot said. "So there's no other previous suspects to look for."

Authorities have also ruled out possible ecoterrorism as a motive.

"The motive that I would believe is just someone wants to hurt the business," Coillot said. "They want to hurt them financially." 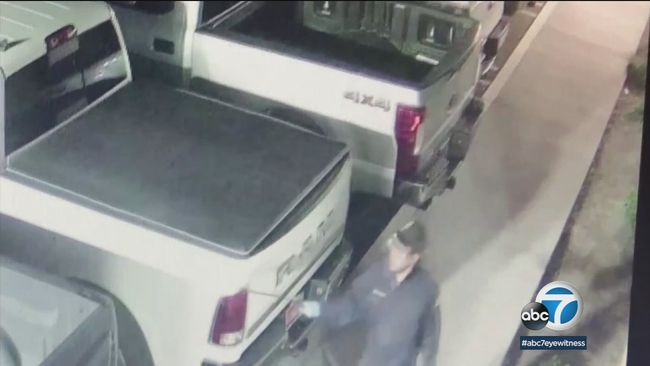