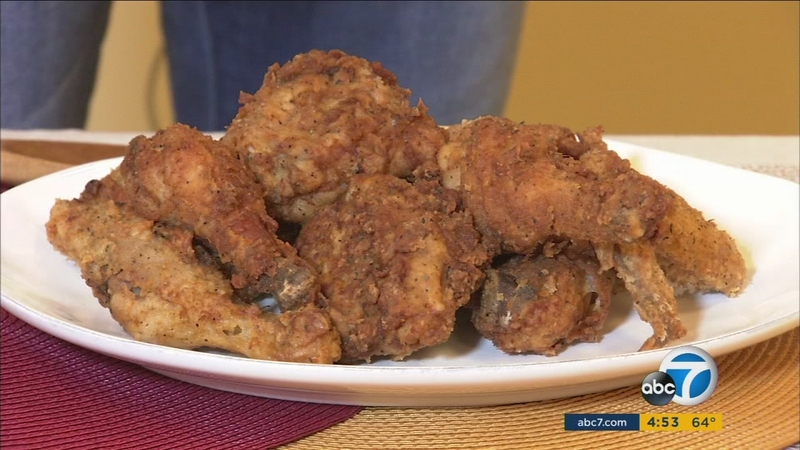 "You feel it, you touch it, you smell it and taste of course is part of it. I'm a food hacker. This is CSI with food," said Wilbur, who just released his 11th cookbook in a series, Top Secret Recipes.

He started back in 1993 with Mrs. Field's cookies and then:

It's quite a process. He's even admitted to this.

"Dug through some dumpsters behind KFC got some information that way, yes it's part of the job. it's not glamorous," said Wilbur.

That's where he says he discovered part of a "secret recipe." He says KFC chicken is brined.

Along with those 11 herbs and spices, the recipe includes this one: "It's the telecherry pepper; that's a very important ingredient. The brine and the breading; that's the secret on KFC."

And he claims that it's Dos Equis beer in the beer battered fish of Rubio's famous fish tacos.

People like IKEA for more than their furniture! They sell more than a million Swedish meatballs a year. Frozen or in their cafe.

"I would say the secret ingredient here is probably the all-spice. Beef broth, some cream in there, some secret spices, you pour that over the top this a side of lingonberry jam," said Wilbur.

The most asked question for Wilbur is, why make when you can buy?

First up, cost. It's always cheaper. Second, scarcity. That tasty morsel is tough to find. The one you don't want to hear, it's going into extinction.

"The McDLT which I cloned, gone. I think the Encharita was gone for a while," Wilbur said. "So some of this food does die, and if we have these recipes, we can now make this stuff whenever I want it."