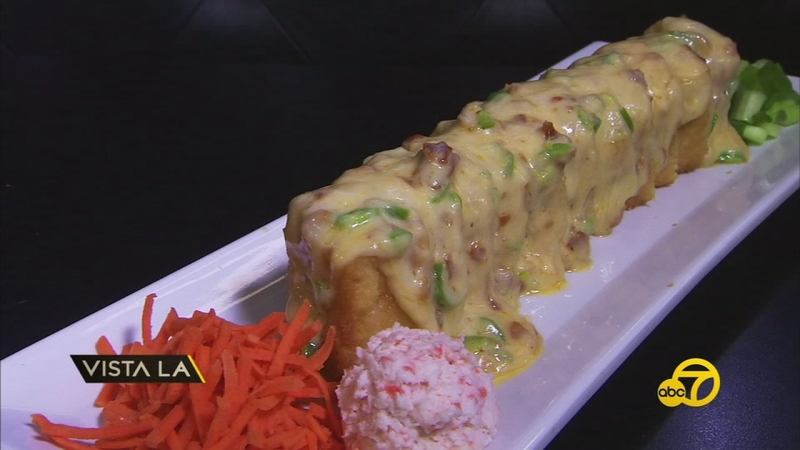 PICO RIVERA, CA (KABC) -- What do get when you combine Mexican-style seafood, known as mariscos, with sushi? Well, you get Culichi Town Restaurant!

"The family that started this company is from Culiacan, Sinaloa, and in Mexican culture when you're from Culiacan, they call you "culichi." So we just make a Spanglish word and make it popular, Culichi Town, said Zeferino De La Garza, manager of Culichi Town Restaurants.

Culichi Town is part of a new wave of restaurants putting a unique spin on traditional Mexican cooking.

"Mostly, the sushi in Mexican culture is fried, especially if it has meat on it, put chicken on it they have to be fried. In Culiacan it's like a signature thing because it's probably more sushi carts crritos in the streets than taco places in the street now," said De La Garza.

Foodies from L.A. and beyond have responded to this Mexican-Japanese fusion.

"We have twelve locations now, including Chicago, Houston, Las Vegas and there's four more that are about to open. People looking for something different. Now, we don't compete only with Mexican restaurants, we compete with American restaurants."

"Of course we have other traditional plates you can find in other restaurants, but here we make sure we do something different and good. We have the Guamuchillito. It's hard to spell it, it's hard to say it but it's the most popular one. It's a sushi roll, they have imitation crab inside, shrimp and cream cheese. It also has slices of avocado on top, and we add Tampico to the crab meat," said De La Garza.