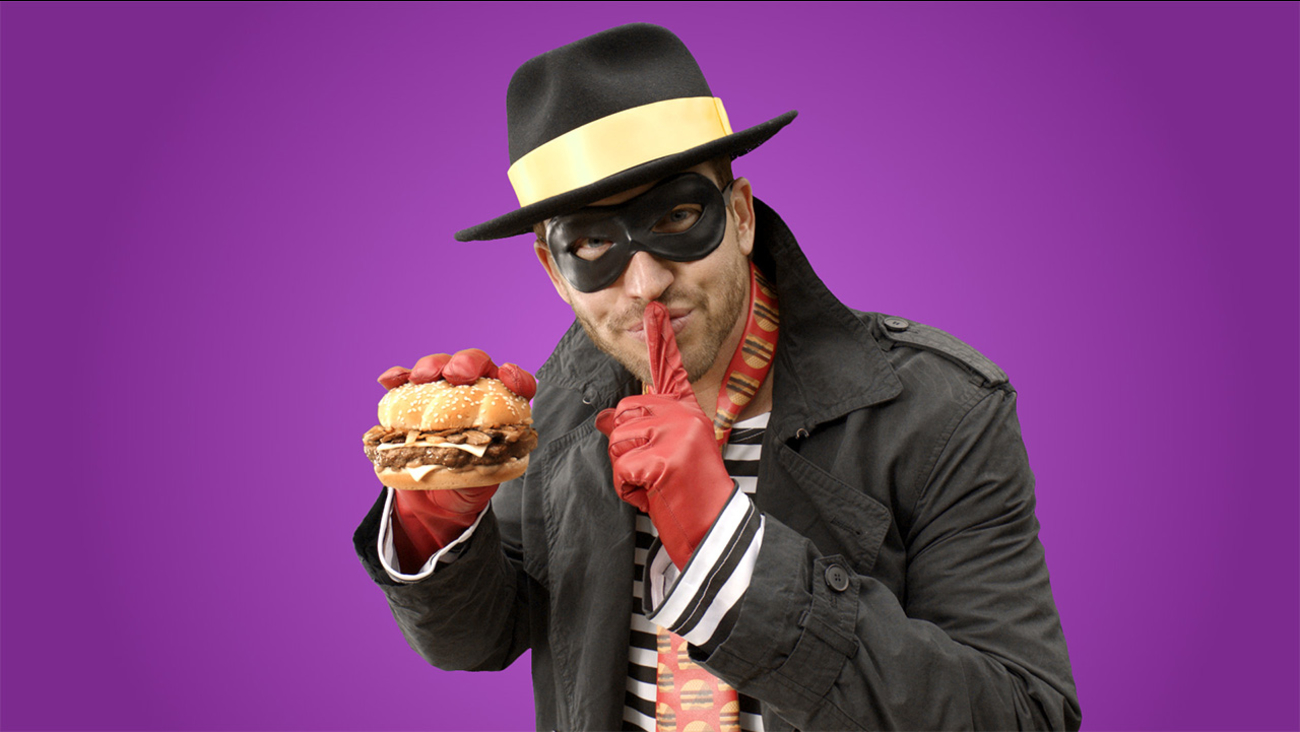 McDonald's announced on Wednesday May 6, 2015 that they would be bringing back their iconic Hamburglar promotional character for new TV commercials and online videos. (Courtesy of McDonald's)

Hold on to your patties, because the Hamburglar is making a comeback.

McDonald's is officially bringing back its promotional Hamburglar character to network television for the first time since 2002. New images show the revamped Hamburglar as an actual real person, much taller and skinnier than his former burger-stealing self.

McDonald's provided more information to ABC on what the Hamburglar has been up to all these years in a statement:

"McDonald's new premium limited time offer, the Sirloin Third Pound Burger, happened to be just enticing enough to bring the Hamburglar back into the public eye and his urge to resurface was unstoppable.

The Hamburglar was last seen on national television in 2002, and has been lying low until the release of the McDonald's new Sirloin Third Pound Burgers.

These days, he's a suburban dad. Previously, the Hamburglar had been living a quiet life until the release of Sirloin Third Pound Burgers, which lured him back into the public eye."

The Hamburglar is set to appear in TV spots for McDonald's Sirloin Third Pound Burger as well as new online videos. The Hamburglar is already to be stealing some attention on McDonald's social media accounts as well, accompanied by the hashtag #RobbleRobble.

Since the announcement, many on Twitter have been chiming on with their hungry thoughts on the new Hamburglar, and other people the character resembles.

Dear @McDonalds, You don't need to steal back your burgers with the #Hamburglar. We know a guy. #RepoMan #WWE pic.twitter.com/7srMQNqqI5

@msullivandawson was pretty spot-on when she said the new #Hamburglar looks like Cary Elwes from "Princess Bride." pic.twitter.com/QPK6npQd5M