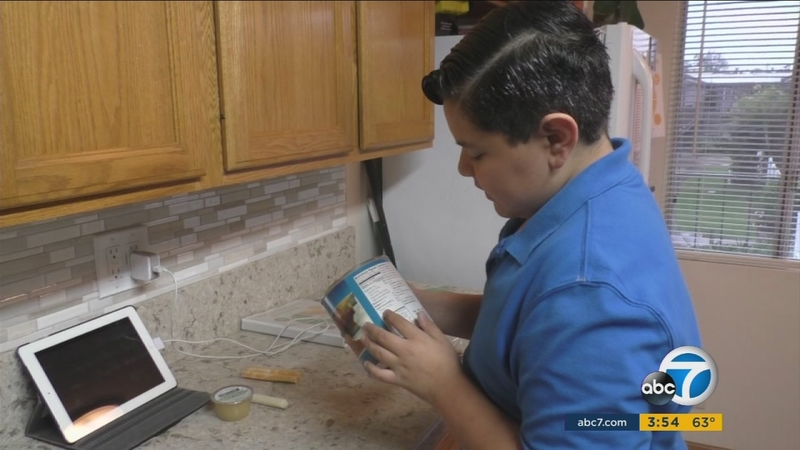 TORRANCE, Calif. (KABC) -- Whitney Eckert and Christian Ordorica were making their school lunch. It was pretty typical, except they're following guidelines from Kurbo, a weight management program.

"As a parent, you don't want to be telling your child, 'You shouldn't be eating that, you should make a different choice,'" said Christian's mom, Lisa Naslund.

Naslund lost over 40 pounds through Weight Watchers but it didn't seem fun enough to interest kids.

A web search took her to Kurbo, which offers food and fitness tracking, plus weekly coaching sessions via Skype or FaceTime with a health professional.

"He can see what he is eating. He can see if he's not tracking," Naslund said about Christian's coach.

"We're seeing 88 percent of our kids that do Kurbo are able to reduce their BMI percentiles, which is fantastic. Fifty percent of parents lose weight as well," said Kurbo's co-founder Thea Runyon.

Christian is catching on and liking it.

"I read the label and it says sugars right here and if it's below 6 grams, it's OK," he said.

Christian hasn't lost any weight but Lisa isn't worried because a couple of real positive things are happening.

One, he's learning great habits for life -- portion control and good foods. And they also know he's growing. Eventually, his weight and his BMI will lower.