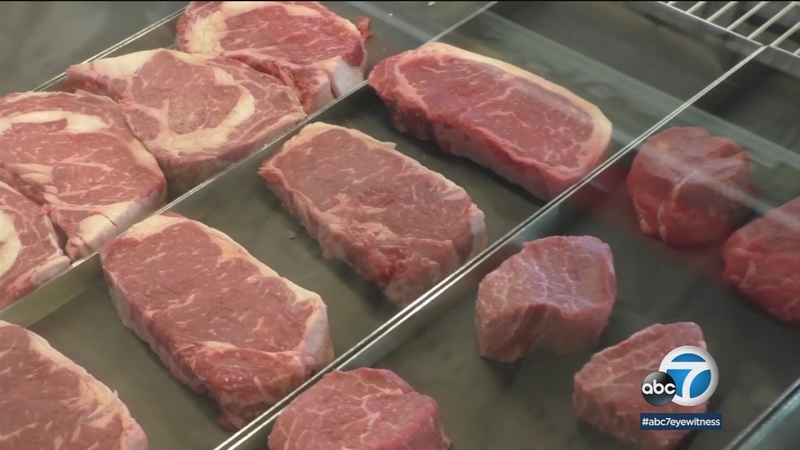 "I'm in this smoke phase of my life right now where I'm trying to smoke meats," said Tennelle.

Tennelle typically buys meat at Trader Joe's but he's trying to up his barbecue skills, so he came to The Butchery in Costa Mesa.

"My man here is very informative. He used to work at a barbecue shack. He gave me some tips on how to rest the meats," said Tennelle.

Manager of The Butchery, Rick Wright, says sales are up year after year with more people being open to trying less traditional cuts of meat. So they come there to get tips.

"Kind of that old-school traditional practice of kind of going and being able to actually talk to a butcher and kind of pick their brains," said Wright.

The butchers are trained to offer recommendations and cooking techniques.

Wright says probably the number-one challenge is people aren't cooking at the right temperature, but secondly, they actually aren't slicing the meat correctly.

"The length of it goes this way and then you're going to cut it into pieces like this. If you're cutting with the grain you're allowing that muscular structure to exist rather than cutting it up and making it easier to chew.
The rule of thumb is always cut against the grain," Wright said.

He suggests you get three knives: A big chef's knife that can portion smaller cuts of beef, a boning knife to cut meat off the bone and a paring knife for veggies.

And when it comes to cooking, sear both sides first, being mindful not to turn too often.

"This is a hanger. You can see the muscle fibers. This is a high-heat grilling steak. You want to take it off and let it rest for 5-10 minutes let it reabsorb some of the juices just like any steak," said Wright.
Report a correction or typo
Related topics:
food & drinkeducationfood coachcircle of healthlets eatfoodbeef
Copyright © 2021 KABC-TV. All Rights Reserved.
FOOD COACH