KGO
By by Katie Utehs
FREMONT, Calif. -- A lost piece of Bay Area history unearthed at a flea market was shown for the first time last week to the public. The rare footage of San Francisco following the 1906 earthquake will end up in the Library of Congress. First, it's premiering at the Edison Theater at the Niles Essanay Silent Film Museum.

"I knew this was going to be special," said film historian David Kiehn.

He threads a vintage projector at the theater.

Kiehn also restores the films and historically dates them.

His home base is the Edison Theater, a historic gem in and of itself. It was built in 1913 and silent film star Charlie Chaplin used to watch movies there when he was in town filming.

Saturday night's premier was of a film nearly lost to history.

"This is the missing Miles Brother's film. It's been missing for over a hundred years. We know about its existence, but until now we've not known where it is," explained Jason Wright.

Wright is a historian and photography dealer based in the UK, but he's originally from Palo Alto. His brother Nick Wright runs History Alliance on Facebook. The lost footage was discovered last year at the Alemany Flea Market and in fragile condition. The man who found it posted to Nick's Facebook page. Jason had a hunch the footage was special so he bought it.

The miles brother's shot "A Trip Down Market Street" in the days before the 1906 San Francisco earthquake.

"They shot almost two hours of film after the earthquake and very little of it survives. I think this is one of the longest surviving pieces," said Kiehn.

"I set up a digital camera that would take a single frame for each frame of the film and so 8,655 frames of film later I was able to put it on the computer," explained Kiehn.

Descendants of the Miles Brothers are seeing its public debut.

"It's just blowing my mind. It's this whole part of my family history that I grew up not knowing about," said Scott Miles, great-grandson of Earl Miles.

"It's like a book end to the Trip Down Market Street," said Kiehn.

The footage will be converted back to film so it'll last another hundred years.

"It's scary to think that there's something out there that we almost missed. Makes you wonder what else is out there," said Miles.

After being shown in June at the SF Silent Film Festival it'll be posted online for everyone to see.

The USGS Geological Survey, along with state and university partners, is developing and testing an earthquake early warning system for the West Coast. 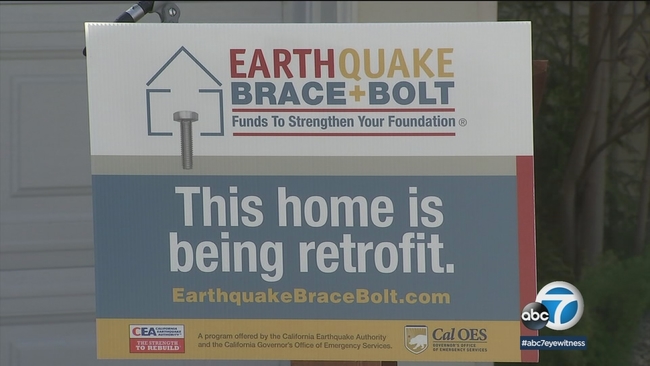 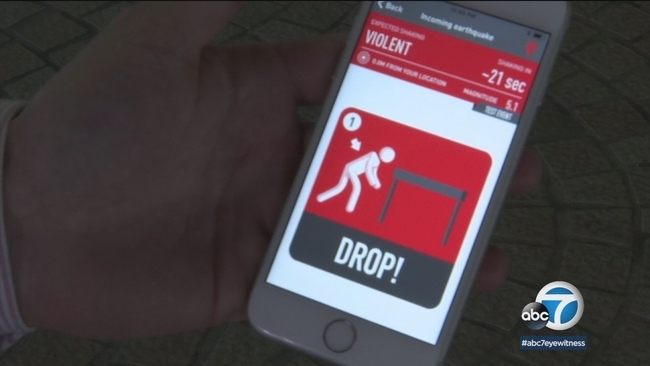