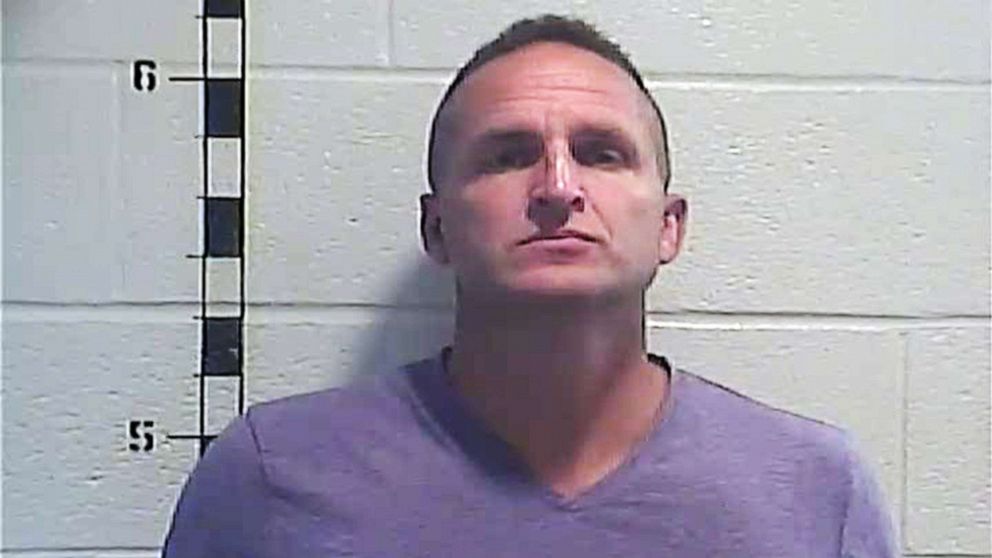 Brett Hankison, the only officer to be indicted in the Breonna Taylor case, pleaded not guilty to his charges during a telephone court appearance Monday afternoon.

Hankison, who was fired from the Louisville Metro Police Department in June, was hit with three counts of wanton endangerment in the first degree last week for shooting into the apartment of Taylor's neighbors during the March 13 incident.

If convicted, he faces up to five years in prison.

During the phone hearing, Hankison only spoke to indicate he was initially present and alerted Judge Anne Bailey Smith that his attorney, Stewart Matthews, had not called into the conference.

Matthews phoned in a few minutes later, entering the not guilty plea for his client. The judge set bond at $15,000 and mandated two stipulations: that Hankison attend every court hearing, even if it was virtual, and that the former officer give up all of his firearms.

Matthews asked the judge to reconsider the firearm stipulation, contending that his client has received numerous threats and needed his weapons for "self-defense purposes." Judge Smith declined Matthews' request.

"People in this court who are charged with offenses with firearms, I do not allow them to possess firearms as part of their bond," she said.

The next pre-trial date was set for Oct. 28.

Hankison, Detective Myles Cosgrove and Sgt. Jonathan Mattingly were executing a no-knock warrant at Taylor's apartment as part of an investigation into a suspected drug operation.

Taylor, 26, and an EMT, and her boyfriend, Kenneth Walker, 27, were sleeping during the time of the incident. Walker said the officers awakened him. When the officers didn't respond to calls to identify themselves, Walker said he took out his licensed handgun and fired at the door. One of the officers was struck in the leg and they returned fire.

The three officers fired 32 shots into Taylor's apartment, 10 of which were fired by Hankison, according to Kentucky Attorney General Daniel Cameron. Bullets from Cosgrove's and Mattingly's guns struck Taylor six times, according to Cameron.

No drugs were ultimately found in the apartment.

After months of protests and calls for justice, a grand jury delivered its indictment against Hankison last week. Cameron said the officers were justified in their use of force, much to the disappointment of Taylor's family and their supporters.

"If Hankison's behavior constituted wanton endangerment of the people in the apartments next to hers, then it should also be considered wanton endangerment of Breonna. In fact, it should have been ruled wanton murder," Benjamin Crump, Sam Aguiar and Lonita Baker, the attorneys representing the Taylor family, said in a statement shortly after the grand jury decision was announced.

The grand jury decision set off more protests in Louisville and cities across the country. Some of those protests turned violent as cars and other buildings were damaged, the police said.

Cosgrove and Mattingly have been placed on administrative duty since the incident. They, along with four other officers, are currently under an internal probe by the Louisville Metro Police Department's Professional Standards Unit for their actions during the incident, according to a police spokesman.

Two weeks ago, the city of Louisville agreed to a $12 million settlement with the Taylor family over a wrongful death lawsuit. As part of that settlement, the city agreed to several police reforms including a housing credit program to incentivize officers to live in low-income neighborhoods and bi-weekly community service.
Report a correction or typo
Related topics:
abc newsnational
Copyright © 2020 ABC News Internet Ventures.
More Videos
From CNN Newsource affiliates
TOP STORIES